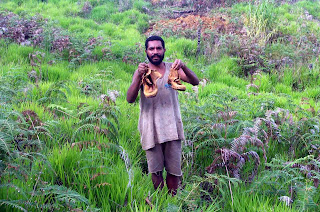 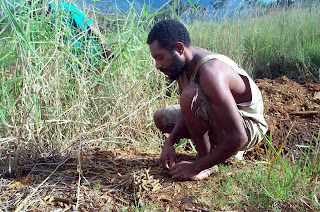 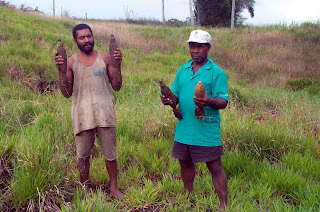 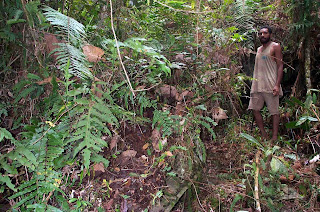 The thick jungle between Salamaua and Wau, Morobe Province, is littered with relics from World War 11.
Students of history as well as WW11 enthusiasts would not be disappointed at what is there to be seen.
Live bombs from 1942 and 1943 are prolific along the old Black Cat Trail between Salamaua and Wau.
Villagers told me of huge unexploded bombs in the jungles and rivers that they avoid like the plague.
Australian and PNG bomb experts have yet to defuse these bombs.
In 1997, during the El Nino, bushfires sparked off by dry bushes detonated WW11 bombs as terrified villagers fled.
Huge bomb craters from WW11 testify to the ferocity of the battles along the trail between Salamaua and Wau.
At Skin Diwai – a major Australian base during WW11 - locals showed me unexploded bombs, live ammunition, Australian army boots, as well as the bush covered wreck of a DC3 supply plane.
All along the Black Cat Trail, you can see the helmets of Australian, US, and Japanese forces that fought here in WW11.
Those dark days of WW11 are well and truly over but their legacy lives on in the jungles between Salamaua and Wau.
The jungle also conceals many secrets of the gold mining days of the 1920s and 1930s.
Local lore has it that somewhere between Wau and Salamaua lays the wreck of a gold-laden plane.
Whether true or not, the fact is that locals avoid the thick jungle, saying that it is masalai (spirit) place where dark forces await unwary human beings.
Posted by Malum Nalu at 7/29/2008 03:52:00 PM