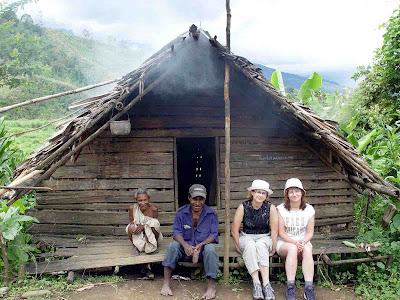 Picture above shows ecotourists from Lithuania visiting a village near Woitape in Central Province.