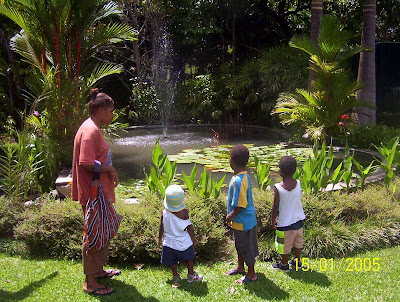 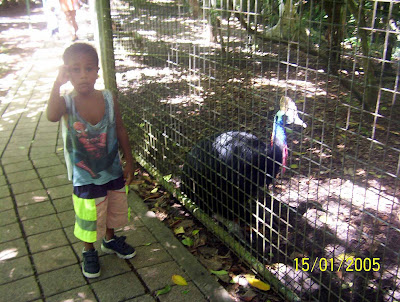 Port Moresby - Papua New Guinea's capital city – is fast becoming a rapidly growing urban jungle.
Many children who grow up in the city do not know, or perhaps never will know, of that flora and fauna that is so prolific all over our beautiful country.
But there is a temporary reprieve.
The National Capital Botanical Gardens can rightly be called Port Moresby’s “Garden of Eden”.
The gardens, since being taken over by the National Capital District Commission in 1993, have become one of the prime tourist attractions in the city.
Moreover, for caged-in city residents, they offer an oasis of peace and beauty amidst all the pressures.
The gardens also play a very important role in nature and conservation education as well as distribution of trees and flowers in the capital city.
Situated within the University of Papua New Guinea (UPNG) campus in Port Moresby, the gardens were established in 1971 by renowned gardener Andre Millar.
They were initially established as a teaching garden for the UPNG Biology Department and also as a nursery to supply plants for the university grounds.
When Mrs Millar left in the late 1970s, the gardens experienced problems with management and funding and eventually declined from a beautiful garden to a desolate piece of bush land.
When the NCDC took over the assets of the gardens in 1993 through the new curator Justin Tkatchenko, it established a major redevelopment programme.
Another expatriate Wolfgang Bandisch ran the gardens until his departure from the country last year.
The gardens today - under current acting general manager Judith Raka - have a huge collection of plants from all over PNG as well as other parts of the world.
These include palm species, bamboos, heliconias, cordyline, pandanus, native trees and shrubs.
The gardens are well known for their extensive collection of PNG orchid species housed in large greenhouses.
They have large orchid houses for orchid hybrids producing cut flowers for the flower shop.
There are a number of animals on display, like tree climbing kangaroos, gouria pigeons, birds of paradise, cockatoos, lorikeets, parrots and many other birds.
One of the new tenants is a strange looking tree kangaroo, hailing from the Sepik, which has a very long tail.
An orchid research centre was established some years ago.
It includes a small herbarium and a fully equipped ochid tissue culture laboratory where thousands of orchid plants are produced annually from seed and tissue cuIture.
The gardens' collection of flora and fauna is the only place in the city that offers educational attractions and an -depth view and appreciation of what PNG has to offer.
They provide valuable scientific and environmental education for school children.
Tours are offered to school children and cover a variety of subjects
A typical guided tour begins with the snake house, the palm collection, birds and animal collection, the mini rainforest, the timber tree collection, the vanilla collection, the orchid nursery and its collection and finally to the insect collection.
The tours help instill in children a responsible attitude towards the environment and help them learn and appreciate the remarkable natural beauty of PNG.
"It's good for parents to bring their children here, especially those who don't go back to their villages," says scientific and education officer Linda Pohai.
"The school children can really learn a lot."
One of the exciting projects the garden has embarked on with the Forest Industry Association, Rotary Club and the Department of Environment and Conservation is a school nursery project.
“It’s about a national school nursery project,” Ms Pohai explains.
“It’s mainly about planting trees.
“What we do is we have a nursery here funded by all these organisations.
“We facilitate workshops for teachers on how to grow trees and build a nursery.
“Once they build a nursery, they can come and pick up trees.
“We’ve done it for the whole year last year, with a lot of schools from NCD attending. “There are two schools that have already collected their trees - that’s Ward Strip and St Therese Primary School at Badili.
“The trees that we grow are mainly useful trees like medicinal trees, fruit trees and trees that can provide shade or firewood to the community.
“We also try to get the community involved, such as teaching a group of boys from Koki how to grow trees, build nurseries and then giving them free trees.”
Apart from flora and fauna, there are recreational areas where barbeques, weddings and other functions can be held.
Posted by Malum Nalu at 7/22/2008 03:24:00 PM