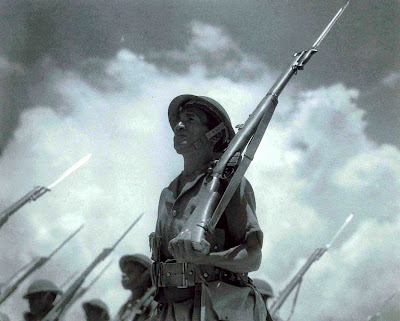 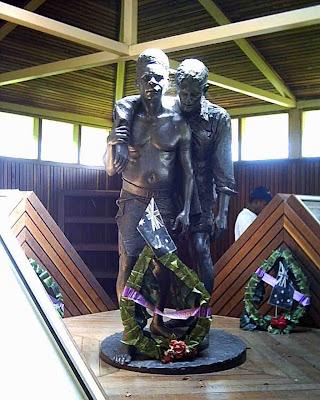 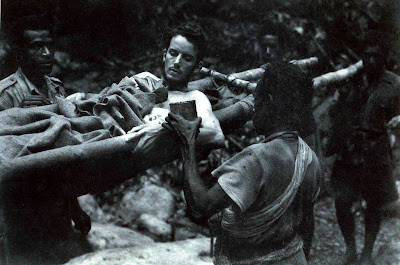 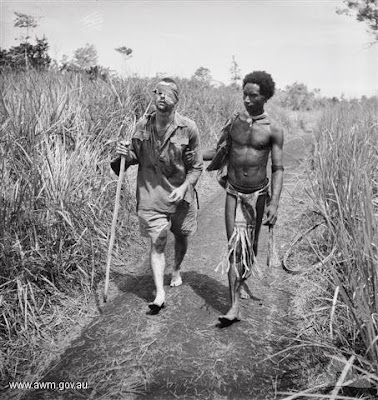 Wednesday 23rd July is a public holiday in Papua New Guinea and marks the 66th anniversary of the first engagement by PNG and Australian forces against the invading Japanese in WWII.
Out of the chaos and death that followed came the enduring heroism of the Kokoda Trail, and the special relationship that has bound PNG and Australia ever since.
One of the bloodiest campaigns of the Second World War began 66 years ago on Wednesday this week, July 23.
And it has forever sealed the relationship between Australia and Papua New Guinea.
It was on this day, in 1942, that Japanese troops landed on the northern coast of New Guinea and unexpectedly began to march over the Owen Stanley Ranges with the intent of capturing Port Moresby.
Had they succeeded, the mainland of Australia would have come under dire threat.
July 23 - Remembrance Day - marks the 60th anniversary of the first engagement between the opposing troops on July 23, 1942, and from that engagement, as the Australian force was progressively outnumbered, began the long fighting withdrawal over the Owen Stanley Range.
The 21st Brigade, commanded by Brigadier Potts DSO MC, was rushed to New Guinea and within days, its 1500 men were closing in on the precarious Owen Stanley Ranges in an attempt to position themselves to stop the advance of the Japanese forces - now building up to over 10, 000 men.
The brigade also engaged the ill-trained but gallant militia 39th Battalion at Isurava in the foothills on the far side of the range.
Kokoda was arguably Australia's most significant campaign of the Second World War.
More Australians died in the seven months of fighting in Papua, and the Japanese came closer to Australia, than in any other campaign.
Many of those young Australians, whose average age was between 18 and 19, now lie buried at the Bomana War Cemetery outside Port Moresby.
The famous photograph of "fuzzy wuzzy angel" Raphael Oimbari leading a blindfolded wounded Australian epitomizes the close relationship between Australians and Papua New Guineans which has come about because of the battle of Kokoda.
To read between the lines of "Fuzzy Wuzzy Angels", the celebrated poem by Australian digger Bert Beros, will bring you to tears.
The poem, while sentimental, touches a chord that has endured to this day in the hearts of both Australians and Papua New Guineans.
It tells of the prayers of worried Australian mothers, whose young sons are fighting the Japanese on that rugged trail, and how their prayers are answered in the form of "fuzzy wuzzy angels".

Many a mother in Australia when the busy day is done
Sends a prayer to the Almighty for the keeping of her son
Asking that an angel guide him and bring him safely back
Now we see those prayers are answered on the Owen Stanley Track.

For they haven't any halos, only holes slashed in their ears
And their faces worked by tattoos with scratch pins in their hair
Bringing back the badly wounded just as steady as a horse
Using leaves to keep the rain off and as gentle as a nurse

May the mothers of Australia when they offer up a prayer
Mention those impromptu angels with their fuzzy wuzzy hair.