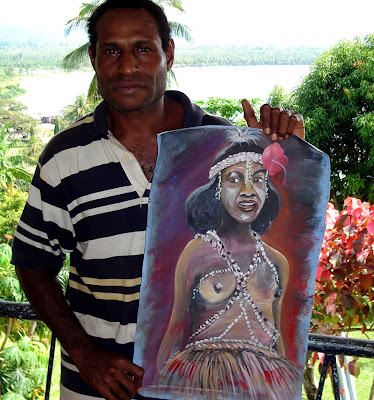 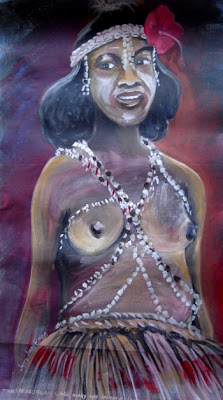 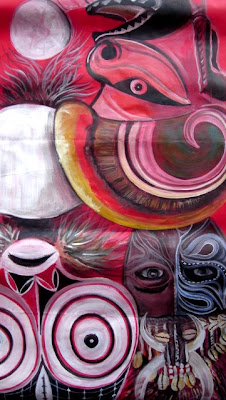 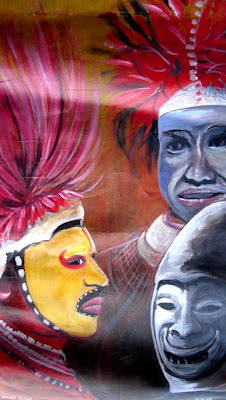 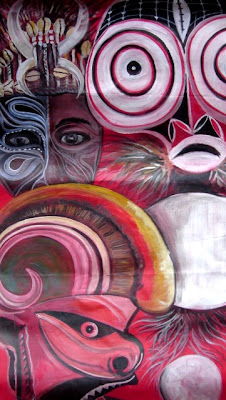 Jerry Jones Eme, from Kaminabit village in the East Sepik Province of Papua New Guinea, is another talented artist struggling to gain recognition.

“I started painting at home,” he recalls.

“At high school, I wanted to become an electronics technician.”

His love for art prevailed, and in 1986, he enrolled at the National Arts School in Port Moresby.

Mr Eme was into studying textiles in 1987 when he left and returned to his hometown of Wewak, East Sepik Province, where he joined local company Wirui Press as a layout artist.”

“I left and went back home to Kaminabit village in 1994,” he continues.

“I tried to get into painting but there was not so much work to sell.

“I also tried to get into t-shirts, prints, and screen-printing.”

In 1999, an Australian visitor, Terry Gallagher, was so impressed with Mr Eme’s paintings in Wewak that he arranged for him to go to Australia.

Mr Eme spent two weeks in Austalia and did an exhibition of his works in Melbourne.

Mr Gallagher continued to be an agent for Mr Eme in Australia, selling his paintings and looking for more opportunitiesd, until he went missing during the 2004 Asian tsunami.

Mr Eme has slipped in obscurity since then, apart from the selling of a big painting in Madang in 2003.