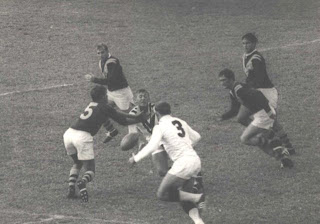 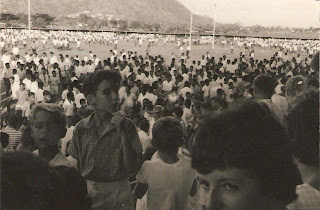 Caption 1: An Inter-Territory game in

It will be the culmination another season of top-class rugby league and will be even more special in that these two clubs are the pioneers of Port Moresby Rugby League,

The game of Rugby League was first played in in 1949 by Australian soldiers.

However, it wasn't until the late 1960's when the game was regularly played by locals.

There were also many other regional events taking place which often attracted large crowds, mainly watched by other soldiers and natives from local villages.

Rugby League grew very quickly indeed, and although the game was only a popular spectator sport, mainly played by Australians and New Zealanders, it was clear that Rugby League was their national sport by the 1960's.