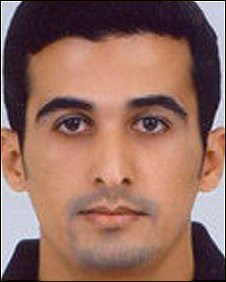 Mohammed Erraji's family claim he did not receive a fair trial 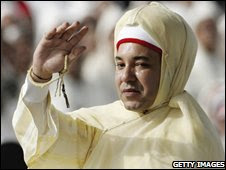 A Moroccan blogger has been jailed for two years for showing disrespect to the monarchy, say the man's family, BBC reports.
Mohammed Erraji, 29, was convicted after writing an article claiming King Mohammed VI's charitable habits were encouraging a culture of dependency.
There has been no official comment on the case, but rights groups claim Erraji did not have a fair trial.
A BBC reporter says criticising the king is an offence in Morocco and the royal family remains a taboo subject.
Morocco has previously caused international outrage with its treatment of internet users.
Earlier this year, Fouad Mortada was sentenced to three years in prison for creating a false profile on the internet site Facebook using the identity of the king's brother.
He received a royal pardon following protests from internet users around the world.

Erraji claimed in an internet article that the king's charity towards Moroccans was stifling development by encouraging people to be lazy.
It happened so quickly that all his rights were flouted
"This has made the Moroccans a people without dignity, who live by donations and gifts," he wrote.
The BBC's James Copnall in the capital, Rabat, says he was particularly critical of the practice known as grima - giving lucrative licences to run taxis and other transport in exchange for begging letters.
Erraji said this did not happen in developed countries, where hard work rather than begging is rewarded.
He was arrested by the authorities last Friday and accused of "lacking the respect due to the king".
In court on Monday, he was given a two-year prison sentence and fined 5,000 Dirham ($630:£356).
One relative, who claimed to have been present at the trial, said Erraji had not had a lawyer and that the judgement took only ten minutes.
"The judge passed sentence very quickly but we couldn't hear what was being said. He had no opportunity to explain himself," said the relative, who asked not to be named.
He told Reuters news agency that Erraji was in poor health and was just a "free thinker who simply wants the best for his country".
The blogger's brother told the BBC the sentence was disastrous for his family, as Erraji is the only one with a regular income

Human rights groups have criticised the verdict and demanded that Erraji be released.
It is an offence to disrespect the king under Moroccan press laws
Reporters Without Borders said the trial was "worthy of the most totalitarian states" and the Moroccan Association of Human Rights (AMDH) said the basic elements of a fair trial were not respected.
"It happened so quickly that all his rights were flouted," said Khadija Riyadi.
A Facebook group and an internet site http://www.helperraji.com/ have been set up in support of Erraji.
Our correspondent says Erraji's best hope of freedom could lie in a pardon from the very man whose policies he criticised.
Posted by Malum Nalu at 9/10/2008 10:13:00 AM