Trade between China and PNG soars 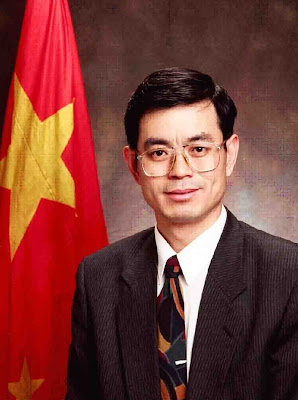 Trade between and continues to grow with the total volume of bilateral trade for the first half of this year recording US$488 million, according to Chinese Ambassador Wei Ruixing.

Mr Ruixing, when disclosing these figures at a reception marking the 59th anniversary of the founding of the People’s Republic of at the Chinese Embassy on Tuesday night, said this was an increase of 38% from the previous year.

He predicted that these figures would soar with Ramu Nickel Mine Project to start operations in 2009.

“… a good momentum has been maintained in the bilateral relations between and PNG, with constant expansion in scope and depth of our bilateral trade and economic cooperation,” he told government ministers and departmental secretaries, MPs, members of the diplomatic corps and other guests.

“The total volume of our bilateral trade for the first half of this year recorded USD488 million with an increase of 38%.

“More and more reliable Chinese enterprises have been investing in PNG, with about US$11 million last year.

“PNG has been the largest trade partner and investment destination country of among the countries during the past few years.”

“With the construction of Ramu Nickel Mine Project to be completed and put into operation in the second half of next year, the economic cooperation between and PNG will be lifted to a higher level.”

Mr Ruixing said exchange and cooperation between the two countries in the fields of culture, education, health, agriculture, fishery, and others also yielded fruitful results.

This is seen in 26 PNG students granted Chinese government scholarships to pursue their degree studies in China; over 50 government officials and technical personnel of different sectors being trained in China for various programmes; the 4th Chinese medical team dispatched by Chinese government will arrive in Port Moresby in November to provide continuous medical services to the local people; and a series of Chinese government-aided projects, such as teachers’ houses and students’ dormitories of Vudal University and Lae fish processing factory were completed and put into operation.

“Further development of China-PNG friendly and cooperative relations is in conformity with the common interests of the two peoples,” Mr Ruixing said.

“The Chinese government is ready to work with the PNG Government and people to promote the mutual understanding and friendship between the two peoples, expand and deepen the mutually beneficial cooperation in all fields, continue our mutual support and sound cooperation in the international and regional affairs, so as to ensure the stable and sound bilateral relations between the two countries in the years and decades to come.”

The Chinese Ambassador’s full speech can be seen below.

Email ThisBlogThis!Share to TwitterShare to FacebookShare to Pinterest
Labels: Trade between China and PNG soars