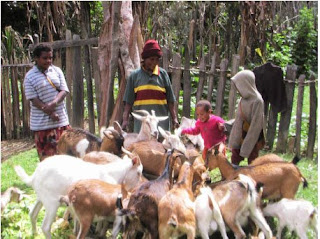 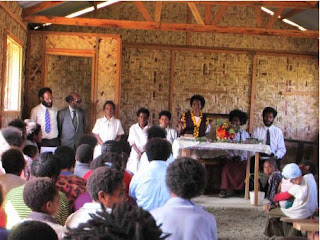 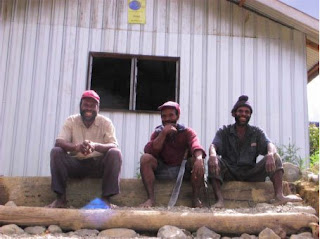 The rural in Kandep district, Enga province, has decided to put its old ways behind and embrace change.

Sandwiched between Enga and provinces, it is very remote.

The unreliable goes through the .

The valley was first discovered in the late 1940s.

The first missionaries were Anglican and Catholic priests who decided to settle there.

They set up schools, a mission station and cattle farms.

However, after the 1975 and continued nagging by the locals, the Catholic missionaries packed up and left.

There was a vacuum left.

Then the Seventh Day Adventists (SDAs) moved into the valley.

The local people, having recognised their foolishness, embraced the SDA mission.

Never did they know the blessings that will come later.

Despite that, trouble fights started to erupt here and there.

Nearby tribes went to war causing much destruction.

People were killed and thousands of kina worth of property was destroyed.

The rules of law were no longer existent.

Meanwhile, the SDA church had started to use community school leavers of the previous years to train them into laymen missionaries to spread the word of God.

There were more than 10 of them.

They worked hard and the dividends paid off.

Most went on to become pastors.

They excelled in their work, baptising many people and spreading the Good News throughout the PNG Highlands.

The Lord blessed them with children who excelled in their school work.

Some have now finished university studies to work as lawyers, accountants, architects, doctors, dentists, nurses, teachers, geologists and so on both in PNG and abroad.

Combined with other SDA students from the valley who had excelled, and with missionary’s kids and the local people, they have formed an association called The Warakamb Adventist Elite and Clergymen’s Association Inc (WAECA).

It was formed to continue to spread the Word of God and promote peace and prosperity in the .

Since its establishment, many people have been baptised.

The valley has seen a dramatic decrease in tribal fights and people are very hesitant to start any wars.

The fact that WAECA is a non-political association means that the elites and clergymen can work with any MPs who are elected into parliament.

Currently WAECA elites are helping two local MPs from Kandep and Mendi, and are available free of charge to any local people who need help.

Self-help projects including goat projects and tree planting have been initiated in the valley.

All these and other information can be found on their web site http://www.waeca.com .

Since the launch of their website, compliments were sent from all over the world including and the , as this was one of the first of its kind from the developing world.

Their other main activities include the areas of HIV/AIDs and climate change.

WAECA continues to hold its conventions once every two years.

Elites form all over PNG and abroad converge in a selected village in the valley to help spread the gospel, promote law and order, talk about world events, give talks on HIV/AIDs, climate change, show gospel movies on huge screens and promote self-help activities.

Some of the self-help projects include three new church buildings, an aid post, tree plantations and few others coming up.

The local people are well versed with major events in the world.

Many people are expected to attend including guests and visitors from all over the country.

A fund raising dinner is being organised for December 6 at the Hideaway Hotel in , and invitations will be soon be sent out.

Money raised will be used to run conventions, build churches buildings, pay laymen and pay for other socio- economic activities.

Already two MPs have promised a health centre, a school, and other government services.

WAECA’s motto is “Together we serve”.