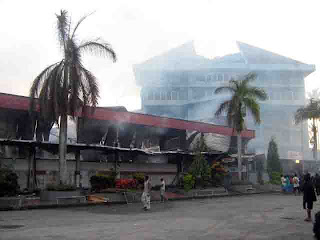 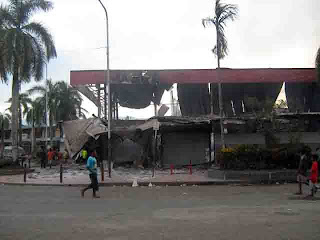 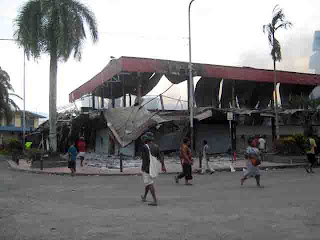 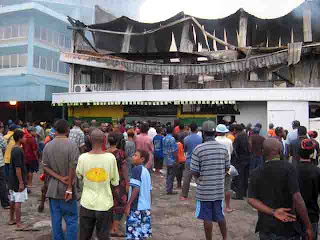 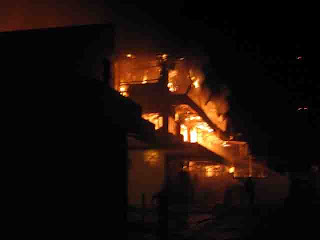 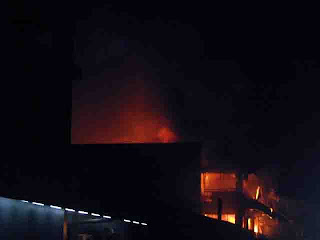 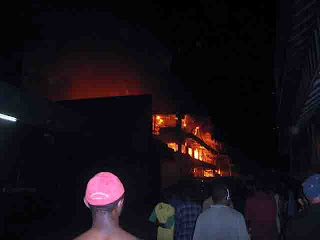 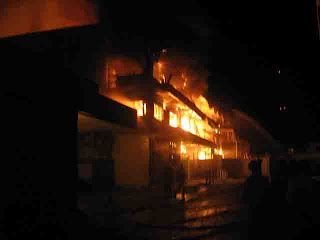 Best Buy Shop in Lae, one of the city’s landmarks, went up in flames at about 12am today and the fire was finally put out by 4am.

This was the site of the historical Burns Philip store which was an icon of Lae for many years.

By about 1am looters were already drunk and looking for more liquor till daybreak.

Before the fire reached the rear where the liquor shop is, looters were already breaking down the windows and doors and helping themselves to anything they could lay their hands on.

Lae town streets were chock-a-block with people this morning.

Many of them were drunk from the cold and boiled beer.