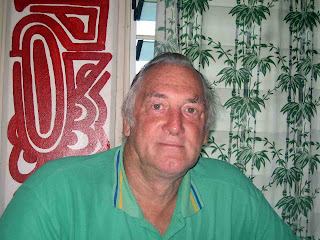 “The industry is being threatened since 2003 by over four major diseases, and a new threat is looming on the Australian supply chain,” he said.

“These diseases are uncontrollable with chemicals.

“If introduced into new soil, the soil can be unproductive for up to 10 years.

“A major new threat not clearly reported by Australian quarantine has been discovered in and distributed by a certified seed grower in .

“The distribution of disease seeds in now threatens ware or eating potatoes.

“It is now a high risk importing from Australian into .

“The industry is demanding total protection from this potato disease outbreak in .

“To date, Trade & Industry and quarantine have not responded to this threat,

“How can survive without potatoes?

Mr Ross said potato was very important to PNG, worth about K100m to the national economy, and was an important cash crop for small rural farmers.

“It’s a major food source for some high altitude provinces,” he said.

“It’s easy to grow and there is a major interest in producing the crop within the country.

“It’s grown in nearly all the provinces.”