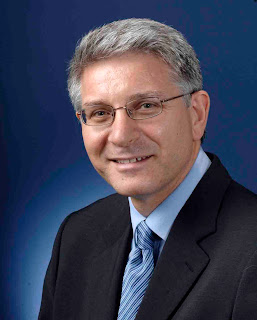 On 26 January every year Australians come together to celebrate what is great about Australia, particularly our diverse society and great way of life. Australia Day is also a day for all Australians, including those living, working or travelling overseas, to reflect on what Australia has achieved, and to think about what kind of nation Australia should become in the future.
221 years after the arrival of the First Fleet on 26 January 1788, Australia Day has evolved to be much more than the marking of the anniversary of British settlement. Today it is a broader day of reflection on the Australian continent’s ancient and continuing Indigenous culture and a celebration of our democratic, free and multicultural society.
We are rightly proud of Australia’s democracy, our diversity, our vibrant cultural life, our Indigenous cultures and our unique landscapes. I am also particularly proud of the way Australia works in our region.
Australia’s relationship with Papua New Guinea is, by any measure, one of our deepest and most enduring. PNG is a very important friend and neighbour to Australia, and we connect on many different levels.
Our relationship is one of remarkable vitality, born of a shared history and geographical proximity, a mutual desire for strong democratic institutions operating under the role of law, and by our ongoing security, economic, tourism, educational links. We also connect through the strong people-to-people links formed over many decades through family ties, business, education, and on the sporting field.
We enjoy not only a tremendously strong sense of shared history, but an equally strong sense of a shared future. PNG plays an important leadership role in the region, and is well placed to assist our Pacific neighbours.
Last year was particularly positive for relations between our two countries, and I look forward to many more positive developments in the year ahead.
It was in Port Moresby, in March 2008, that Prime Minister Rudd chose to announce the Pacific Partnership for Development program that symbolises the shared sense of commitment that binds Australia and its Pacific neighbours.
The meeting of the Australia-PNG Ministerial Forum in Madang in April saw a number of ministers from both countries commit to a range of ambitious policy initiatives.
And PNG was one of four Pacific countries selected to participate in Australia’s Seasonal Worker Pilot Scheme announced in August by Minister for Agriculture, Fisheries and Forestry, Tony Burke.
Australia looks forward to continuing to work closely with PNG in the year ahead to develop common approaches to the range of challenges the region jointly confronts, including climate change, sustainable economic development, and promoting stronger governance.
In what will be his second visit to PNG in less than twelve months, Prime Minister Rudd will return this week to Port Moresby to attend the Pacific Islands Forum Special Leaders Meeting on Fiji, hosted by Prime Minister Somare.
We also look forward to a number of other high-level visits in both directions, and the 19th Australia-PNG Ministerial Forum, later in the year.
I would like to wish my compatriots a very happy Australia Day 2009.
I also would like to take the opportunity to reaffirm to our PNG friends and colleagues our commitment to working closely with you in the year ahead to ensure an ever deepening positive and productive bilateral relationship.