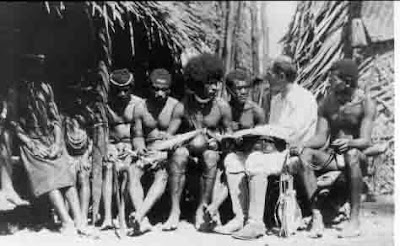 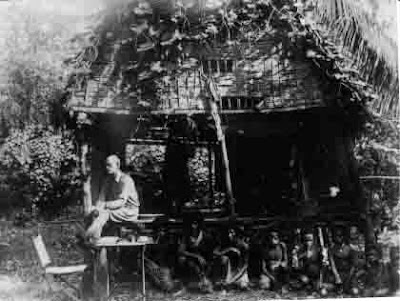 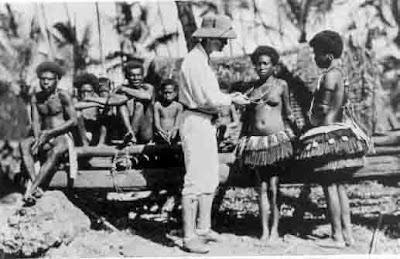 I received an email this week from Lisa Le Feuvre, Curator of Contemporary Art at the , in , , asking for actors and actists in to take part in a project on the life of Polish-born anthropologist Bronislaw Malinowski, who is famed for his work in the Trobriand Islands (pictured above) of Milne Bay province.
Artists and actors interested in this project should get in touch with her on her contact details provided below.

“I am emailing from that in where I am Curator of Contemporary Art,” Le Feuvre said.

“We are a historical museum exploring the sea, ships, stars and time (see http://www.nmm.ac.uk/) and within this historical context I invite contemporary artists to develop new artworks that takes these ideas as a departure point (see www.nmm.ac.uk/newvisions) .

“The reason why I m getting in touch is that our next artist project we are developing has a very particular focus on Papua New Guinea, and I wanted to get in touch with someone who knows the subject much better than me!

“We have invited the British artist Jeremy Millar as our next exhibition: Jeremy is an artist of international influence whose artistic practice takes as its starting point important events in the history of ideas.

“For us he will be starting with a very specific incident of a journey to Papua New Guinea: ‘On the morning of 9 June 1914, the young Polish-born anthropologist Bronislaw Malinowski caught a train at Fenchurch Street station bound for Folkestone, embarking on the first stage of a journey that would take him half-way around the world to attend the Congress of the British Association of the Advancement of Science in Adelaide that August. Accompanying him on this long voyage was his boyhood friend, the artist and writer Stanislaw Ignacy Witkiewicz.

Le Feuvre said the pair planned to travel from to where Witkiewicz would act as Malinowski's photographer and draftsman.

“The voyage, however, was interrupted by the outbreak of World War 1 and Witkiewicz left to join the Tsarist army, leaving Malinowski to continue his venture alone,” she continued.

“On reaching the , Malinowski conducted fieldwork by experiencing the everyday life of his subjects along with them.

“This methodology would become the foundation for modern anthropology’."

“This historical context forms the basis of this project. Jeremy proposes to ask the very simple question: what if Witkiewicz would have continued on this venture?

“What photographs might he have taken in the Trobriands?

“Although Witkiewicz never reached , the region became the setting for his writing.

“His most celebrated play, Metaphysics of a Two-headed Calf: A Tropical-Australian Play, was set in .

Le Feuvre said Millar intended to retrace Malinowski and Witkiewicz's steps to Port Moresby in May 2009 with the very same camera Witkiewicz would have used to create a series of contemporary portraits has he continued his journey.

“He is also interested in working with a local theatre group to stage the play Metaphysics of a Two-headed Calf: A Tropical-Australian Play - rather than directing it himself, Jeremy would like to simply work with a video recording of the event, screened within the exhibition,” she said.

“I feel that this is a very important project that engages with many concepts and ideas that are not only at the heart of this national museum's activities, but also central to far wider debates and ideas.

“We will be starting to plan the trip in the next few weeks, and I really wanted to just get in touch with a few key people to see if there was any special advice they could give “about the trip, an also about finding contacts of any small theatre companies who might be interested in staging the play.”

“Thank you in advance for your help.

“This has become a somewhat long email, but it seems very important to give as much information as I can.

“There is of course so much more about the project I can say... so please do let me know if you need anything else.

“With many thanks in advance.”