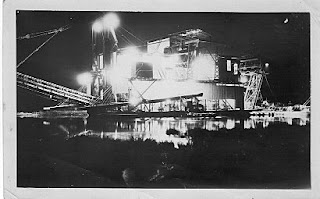 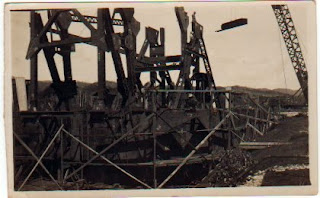 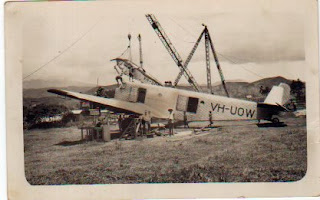 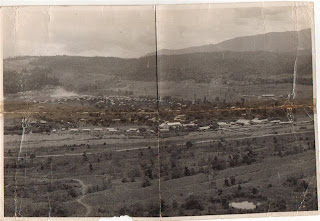 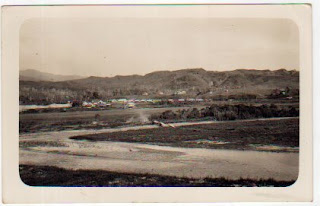 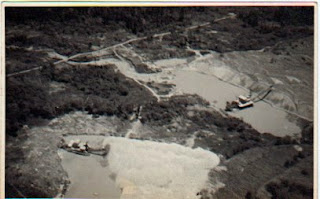 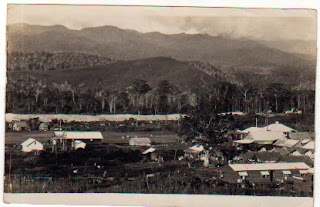 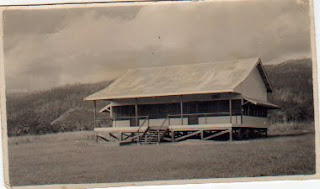 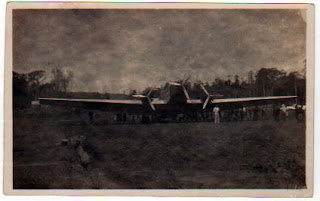 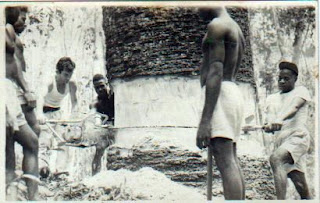 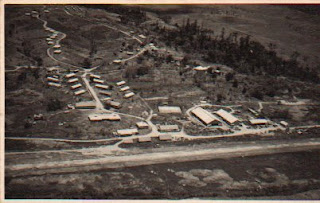 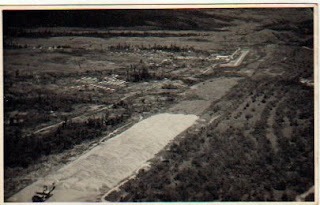 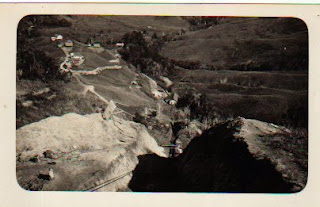 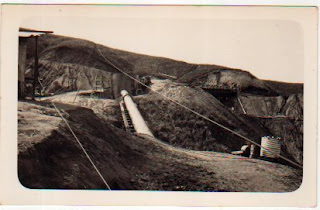 Arrows of Eldorado – how the Wau-Bulolo gold rush all began

It’s an exciting time to be in the historic mining towns of Wau and Bulolo in the Morobe province right now.

With the gold mine project to start production this year, exploration work at Wafi going ahead as scheduled, and PNG Forest Products continuing to supply its products to major projects around , things are certainly looking very good.

History is indeed being rewritten in this Eldorado of PNG, which laid the foundation for today’s modern economy.

Bulolo MP Sam Basil, arguably the most-dynamic and productive politican in the country right now, left for the on Tuesday this week to witness the inauguration of Barrack Obama as the President on January 20.

It’s a huge vote-of-confidence in this young businessman-cum-politician who has single-handedly transformed is electorate since being elected in 2007.

I had dinner with Mr Basil before he left for the and we talked long and hard about developments in Wau and Bulolo, Morobe province, and PNG as a whole.

Towards the end of last year, I had the chance to travel to Wau and Bulolo two times, traveling as far as .

In Bulolo, PNG Forest Products gave us a big three bedroom house for three days, during which time we were able to see their forests and products.

Acting general manager, Marinus Valks, gave me many old photographs of those iconic days when gold-fevered foreigners from all corners of the world swamped into Wau and Bulolo.

The Bulolo region was at the time one of the largest gold fields in the world.

In the early part of last century it was almost as if bowmen were guarding the gold that lay on the edge of their country more richly than anywhere else in the whole Pacific.

Fierce fighters lived along the , the big river flowing into the .

The ’s big tributary we call the Watut – and that was the river that led to the new gold, the new Eldorado.

The story is that Watut gold was discovered by a German prospector, Wilhelm Dammkohler, and that he was killed by the Kukukukus.

American prospector Arthur Darling, in 1910, apparently did go up the Watut and into its tributary, the Bulolo.

There he found gold, rich gold

However, Darling and his team of Orokaiva boys were attacked by the local tribemen and had to exit.

When he recovered he went across to the new Lakekamu goldfield to try to win enough gold to outfit himself again.

On the Lakekamu field Darling spent a lot of time talking and mapping and planning with William Park, who was called “Sharkeye”.

Darling was at Samarai preparing to go up the Waria, when he collapsed, and soon afterwards died.

He had left knowing enough.

Somewhere right up the Watut was the source of gold that coloured the sands of the lower , and the way to reach it was not to go right around by the rivers but to cut in overland from the coast.

However, it was a foreign country, and although the Governor, Hahl, the best of the German administrators, did (about 1910) actually encourage Australian prospectors to come in and apply for permits to prospect, a man still needed more gold than Sharkeye had, to outfit himself for a months-long trip.

Before he had enough gold the war with came.

It was a war that ended German rule in north-east New Guinea and the Bismarck Archipelago in six weeks, with little shooting.

When the military administration ended and the Australian Mandate started, in May 1921, was already going in and out of Morobe on the side.

Now he headed up the , looking for a way, through a mountain range that peaks up to nearly 10,000 feet, to the rivers that flowed on the other side.

He came back sick, broke, and not knowing what to do next time…

William Park was called “Sharkeye” because he had a twist or a squint in one eye.

Park was, apparently, an Australian who had been a miner most of his life, was hard-faced and in his fifties, could “work like a tiger”, was jungle-wise and native-wise, hated to owe a penny, had more bouts of fever that he could count, suffered from piles, had his last tooth removed by Jack Nettleton, drank anything, and although it is untrue to say that he never wore boots, he often worked without them. (He died, a very rich man, in Vancouver in 1940)

In 1922 he needed a partner for two good reasons: he was broke and he had lost his permit to employ native labour when he flung a whiskey bottle out of his tent and it struck a native on the head and killed him.

He was staying with Jack Nettleton, who had a trade store on the coast and was good to Park, and who had some money and a permit to work natives.

Park told Nettleton what he knew.

Nettleton, an English-born rover who had been everything from a salmon-fisher in to a freight-clerk in , by way of jobs ion , in () and , had stayed on in after being a warrant-officer in the Army during the war.

In August 1922 Park and Nettleton struck inland and crossed the heavily jungled rivers of the Kuper Range beyond which lay the Bulolo River, forking off the Watut, and more gold, fantastically more gold, than anywhere else in Papua-New Guinea,

They found it where Koranga Creek and Edie Creek come into Bulolo – gold that was to give them each a fortune; and when they had taken all they wanted, there was enough left for the six-million-dollar company, Bulolo Gold Dredging Ltd, to win, in the 30 years following, 56 tonnes of gold, then worth 28 million pounds.

This was October 1922 and according to new issue Australian mining ordinances no claims could be worked until April 1, 1923.

April came and soon the richest parts of the were locked up in leases granted to the first-comers, including Morobe District Officer Cecil J. Levien.

April 1923 came, and soon the richest parts of the were locked up in leases granted to the first-comers, including Levien.

Late arrivals had to look elsewhere.

This is what Bill (W.G.) Royal and Dick (R.M.) Glasson were doing in 1926, trying to find the source of the Bulolo’s gold, when they came into Edie Creek and decided to go to the head of it.

What showed in the dishes they panned in these streams was gold in unbelievable concentration – if it was gold.

At first glance – according to Bill Money, who was in partnership with Royal, Glasson, F. Chisholm and Joe Sloane – it looked too dark.

The Edie gold, alloyed with silver, was heavily stained with manganese but rubbed shiny and was the real stuff of Eldorado.

Joe Sloane said to his mate who was running his sluice box at 11.30am: “Y’d better clean up Bill. The bloody gold’s running outa the box.”

Where the Bulolo was rich big-scale dredging, this was incredibly smaller-scale sluicing.

About six million pounds worth of gold was won from the top of Edie Creek.

More and more white miners came and, again, the late-comers had to look elsewhere.

There was gold in the Watut as well as in the Bulolo.

Where was the source of the Watut’s gold?

Men who dreamed of finding another Edie Creek began to look for it.

They began to look for it on the other side of the Watut.