Termites: Stop them in their tracks 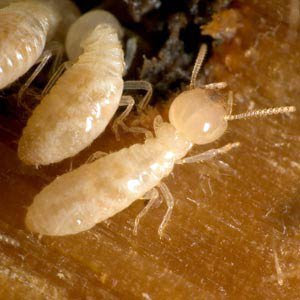 It's estimated that termites cause millions of kina worth of property damage in Papua New Guinea alone every year—imagine what the figure is worldwide!
In Lae, termites have already eaten parts of Angau Memorial Hospital, police barracks, Forest Research Institute and several houses in the city.
While termite swarms and mud tubes are easy to spot, other signs of infestation are more subtle.
Tap at your baseboards to see whether they've been hollowed out from within.
Check for small, brownish-black spots or small piles of “dry powdery muck” that looks like pepper (it's actually termite waste) along baseboards or in kitchen cupboards.
If you think you may have termites, don't dawdle.
Have a certified, pest-management professional inspect your home right away
A giant Australian termite accidently introduced to PNG during World War II has the potential to ravage our cocoa, coffee and timber plantations.
The 1cm termite, known as Mastotermes darwiniensis, is believed to have been introduced accidentally to Lae in contaminated wood imported from Australia during World War 11.
Thought to be eradicated in the early 1970's, the mastoterme has been rediscovered in just over one square kilometre of Lae, where it has already destroyed part of the Angau Memorial Hospital.
Experts say PNG authorities need to eradicate it.
It is a termite which occurs in northern Australia and Papua New Guinea now, and if it gets out of the present wet area in Lae into the drier areas where there are a lot more susceptible crops, the damage could be catastrophic.
Current preventive measures to control termites infesting parts of Lae are limited and inadequate but treatable.
The infestation is treatable with Fripolin, a much less-persistent chemical with good termiticidal properties which is currently used in Australia to eradicate the termites.
This is according to Dr Brian Thistleton, the leader of a team that recently completed a scoping survey on the termite in Lae.
The survey on the termite, carried out in 2005 and 2006, aimed at determining the existence of the termite and the potential problem it posed to the country.
The termite travels through the ground, making it difficult to control and monitor. Research has shown that the termite is very destructive to a wide range of trees, horticultural crops and buildings and can spread quickly, especially in drier areas.
The termite not only destroys wooden buildings but is also a potential pest of horticulture.
It is the most common horticultural pest in the Northern Territory, damaging and killing many types of tree crops including mangoes, citrus, cocoa, coconut and forestry trees - all of which are important in Papua New Guinea.
It is completely subterranean, with no mounds, and is one of several species that also damage houses in the Territory.