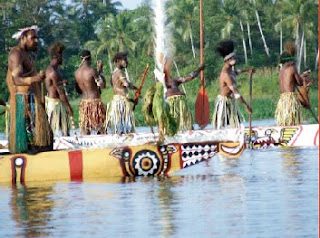 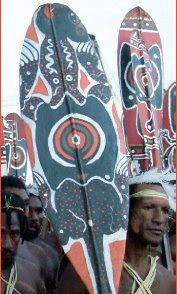 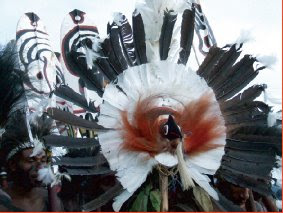 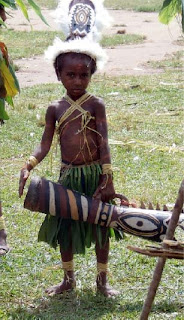 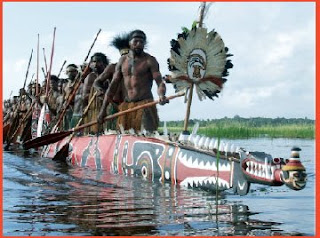 One of the spectacular war canoes of the Gogodala people. Picture courtesy of National Cultural Commission
By TRAVERTZ MABONE

THE annual Gogodala canoe festival in Balimo, Western province, scheduled for next week, will prove to be bigger and better than previous fetes, The National reports.
At least, this is the hope for organisers of the festival on April 30 and May 1.
The festival came about as part of Balimo district’s agriculture and cultural show five years ago, which is now a major event in the Middle Fly district with annual support from the National Cultural Commission (NCC) and the Rimbunan Hijau PNG Group.
The festival will showcase Gogodala war canoes, the 40m craft renowned for their decorations and artworks depicting animal figures representing various clans.
The war canoes of Gogodala play important roles for the many communities located near the sea and waterways, according to the organisers.
To the NCC, the loss of canoes from the lifestyles of Papua New Guineans will be a loss of an important cultural identity.
The Middle Fly administration thanked the RH Group for this year’s sponsorship.
It also thanked the NCC for the continuous support.
Posted by Malum Nalu at 4/25/2009 12:00:00 PM