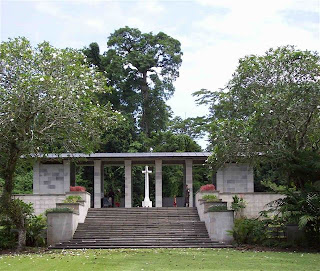 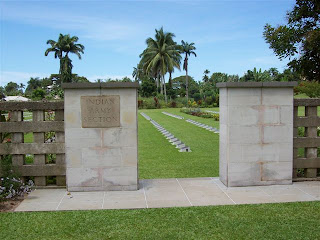 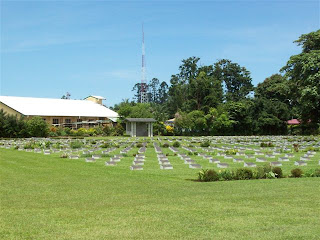 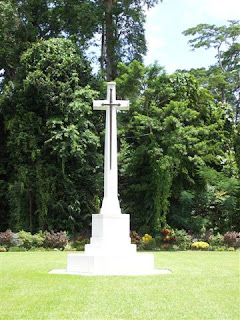 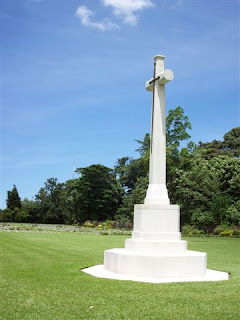 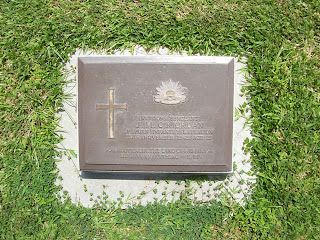 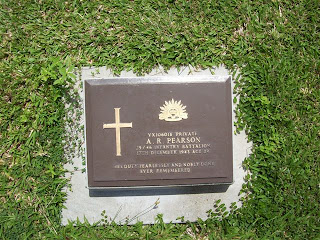 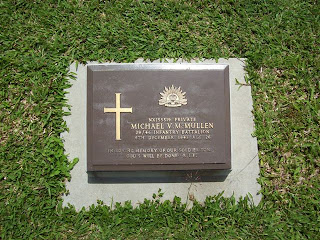 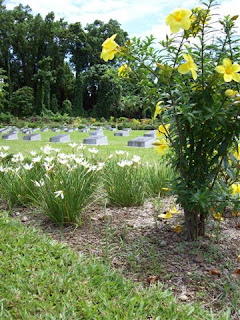 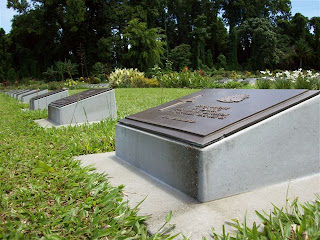 In the solemn beauty of the Lae War Memorial lay nearly 2000 officers, men, and servicewomen who died in on land, at sea, and in the air, but to whom the fortune of war denied the known and honoured burial given their comrades in death.

On the brass plaque of a gravestone of one, 401679 Flight Lieutenant E R Staley, Royal Australian Air Force, who died on 31 Dec 1943, the epitaph reads: “Dearly loved ... ever remembered.”

There were many of men 10 years younger.

The young soldier may have died in one of the many battlegrounds in Morobe. It could have been Salamaua, Wau, or Finschhafen, where fighting were the heaviest.

He was the child of a paranoid era.

When he was just about to enter school, he may have been one of those that mamma sat on the dinner table and showed newspaper advertisements to which a picture of a father sitting in an armchair with his daughter on his lap and son on the floor playing with toy soldiers.

Lining the toy soldiers with a cannon at the back of his battle field, he would hear mamma read the caption: “Daddy, what did YOU do in the Great War?”

Such a challenge bore deep into his spongy mind.

From that very early age, his mind was shaped to be a brave patriot.

He thought that being in greens and going off to war was a heroic move.

For the fathers and uncles and cousins, it was a challenge that had tormenting implications. They thought that, after the war was over, they might face the shame of having to admit that they dodged their responsibilities.

History has recorded that despite stringent physical and medical standards being applied, hundreds of volunteers were in fact turned away, many of them almost in tears.

There was an oversupply of volunteers. By December 1914 over 52 560 men had been accepted for enlistment – in excess of the 20 000 offered by the Australian Government to the Imperial Forces.

News of the Gallipoli landing in April 1915, and the mixed emotions of excitement, pride and shock that ensued, a second wave of intense recruiting activity occurred.

“Such was the pride in the deeds of the ANZACs that the recruitment campaigns over the months of July, August and September 1915 gathered in additional 78 860 volunteers,” Russell Cowie noted in his book, Obedience or Choice.

Being a child in any era, the impact of one’s surroundings and particularly events of such magnitude, would have greatly affected the little boy’s mind.

It was thus easy to be drawn into a national mood that would have a large bearing later in adulthood.

They saw a wide range of methods for persuading or shaming their fathers and elder brothers and cousins being pursued by patriotic women’s groups.

They thought that when they grew up healthy and strong, they would not need to be called “eligibles” – a term that suggested delaying or avoiding duty.

They didn’t want to be called “cold footed shirkers”, “slackers”, and “loafers” and “dodgers” by women.

Such public pressure on men grew from shirking to become every boy’s hated term – coward.

So a quarter of a century later, when another opportunity to prove their worth and avoid being delivered a white feather, came during WWII in , they enlisted.

For glory in death, their mark is left at the of the Botanical Gardens.