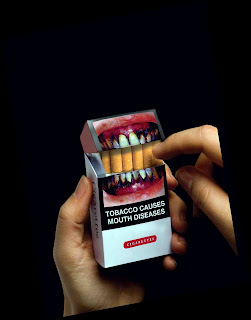 On May 31 each year, the World Health Organisation celebrates World No Tobacco Day, highlighting the health risks associated with tobacco use and advocating for effective policies to reduce consumption.
Tobacco use is the second cause of death globally and is currently responsible for killing one in 10 adults worldwide.
The WHO has "Tobacco Health Warnings" as the theme for this year’s World No Tobacco Day.
Tobacco health warnings appear on packs of cigarettes and are among the strongest defences against the global epidemic of tobacco.
WHO particularly approves of tobacco health warnings that contain both pictures and words because they are the most effective at convincing people to quit. Such pictorial warnings appear in more than a dozen countries.
On World No Tobacco Day 2009, and throughout the following year, WHO will encourage governments to adopt tobacco health warnings that meet all the criteria for maximal effectiveness, including that they cover more than half of the pack, appear on both the front and back of the pack and contain pictures.
The WHO Framework Convention on Tobacco Control obligates its more than 160 countries parties to require "health warnings describing the harmful effects of tobacco use" on packs of tobacco and their outside packaging and recommends that the warnings contain pictures. WHO works through its Tobacco Free Initiative department to help the parties to meet their obligation, providing technical and other assistance.
As WHO Director General Margaret Chan says, "We hold in our hands the solution to the global tobacco epidemic that threatens the lives of one billion men, women and children during this century."