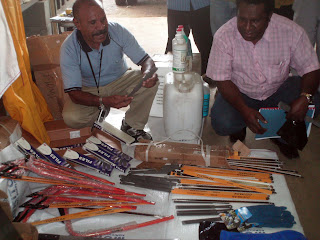 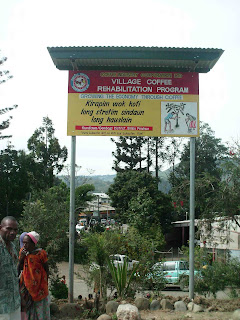 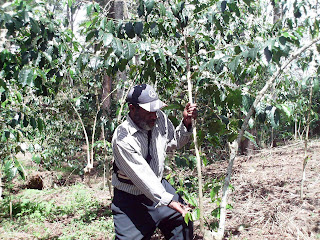 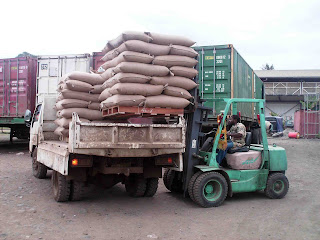 Bags of coffee being loaded on to a truck in Goroka in preparation for export
The Coffee Industry Corporation has embarked on a revolutionary and ambitious plan to prop up coffee production in Papua New Guinea.
The National Agriculture Development Plan (NADP) - through its export driven, economic recovery and rural economic empowerment policy framework - has financed the District By District Village Coffee Rehabilitation Program (DBDVCRP) as a pilot phase amongst selected districts.
It is reminiscent of the Coffee Development Agency’s aggressive coffee rust campaign in the mid 1980s spearheaded by then Prime Minister Paias Wing
I visited the three selected districts of Anglimp-South Wahgi in Western Highlands, Kundiawa-Gembogl in Simbu and Obura-Wonenara in Eastern Highlands to witness the programme in motion.
CIC chief executive officer Ricky Mitio – the mastermind of the programme - visited two nationally-owned hardware shops in Goroka last Saturday and paid more than K350, 000 for tools to kick start the programme.
Another K300, 000 s expected to be paid this week,
The programme, under the theme “Building the Economy through Coffee”, is considered crucial given the declining industry trend.
The program complements national government policy initiatives and that of the CIC’s new strategic plan that embarks on increasing coffee production and quality.
The District by District Coffee Rehabilitation Program and the nursery and expansion programmes including those undertakings by private entities are viewed as economic resilient strategies directly contributing to addressing the coffee industry plan.
The coffee industry is very mindful and its preference to taken on the challenges aggressively depicts a role model for change towards positive economic growth and nation building.
Public awareness has been conducted by CIC in the recent past months to inform the general public and the coffee growers of the unbearable situation PNG as a nation and its people have encountered to date.
“CIC has adopted a paradigm shift in its development strategies to add value to coffee as an important cash crop in rural communities,” Mr Mitio told me in Goroka.
“I prepared the concept of District by District Coffee Rehabilitation Programme to attract government attention to fund rehabilitation of village coffee plants, which have reached senile age and was affecting production output, as revealed by the decline in production trend.
“We have selected one district in each of the three main coffee-producing provinces of Eastern Highlands, Simbu and Western Highlands.
“In these pilot districts, we have partnerships with the district administration, under the government’s district support improvement programme (DSIP), to work with provincial divisions of primary industry, non-government organisations and other service providers to assist us in retraining all farmers in better coffee husbandry methods.
“This will be a unique experience in that, for the second time after the Coffee Development Agency era, CIC is able to visit farmers again to manipulate their coffee trees to respond with better yields.
“This is the thing in a nutshell.
“It’s a unique programme and we want to transform the rural community into viable self-sustaining communities.
“We want to approach rural communities in a holistic manner where we are not only advising them about the cash economy, but we are also networking with law and order agencies, health and hygiene, and also spiritual.
“We realised that coffee money was not being used wisely for health, school fees, good homes and a stable life, among others.
“It’s an approach that we have not used before.
“We are having an economic revolution in the country with the LNG project; however, the question is whether this money will benefit the rural community and the so-called ‘landowners’?
“Part of this money should be siphoned into the rural community.
“We want to offer hope to our people.”
Coffee remains a major employer in the rural sector and a potential contributor towards the nation’s economy in terms of domestic and foreign reserves.
Coffee accounts for over 43% of PNG’s total agriculture export earning and over 10% from all other exports including minerals.
Its importance is not only signifies from economic returns; however provides direct employment at the informal sector accommodating larger proportions of the nation’s population by 2.5m people or 397,000 households.
The coffee industry was a major factor to influence political independence, continues to induce socio-economic growth, human skills and spiritual development.
PNG export volume has maintained to one million bags on average over the last 50 years and progressively remain stagnant or depicts a declining trend in recent past years. Declining trend attributed by both internal and external factors however, are of critical concerns to the industry, the economy and wellbeing of the actors along the value chain. The small holder sectors are the major players in the industry that accounts for over 85% or 700,000 to 800,000 green bean bags of the total annual export volume.
Commercial estate sectors comprises of both blocks and plantations have historically contributed immensely in relation to quality are diminishing rapidly compounded by common issues of managerial inabilities, lawlessness, land tenure to name a few.
Posted by Malum Nalu at 7/27/2009 12:00:00 AM