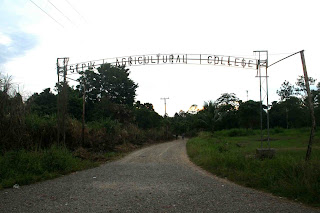 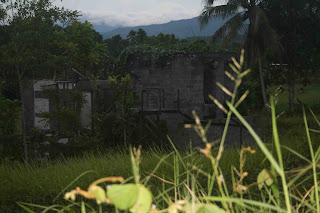 Bush takes over a property of the Sepik Agricultural College 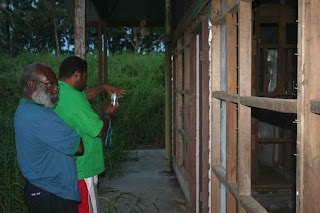 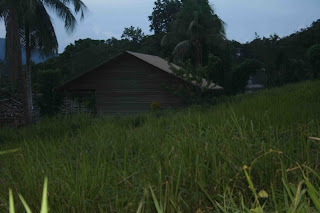 The bush-covered remains of the Sepik Agricultural College 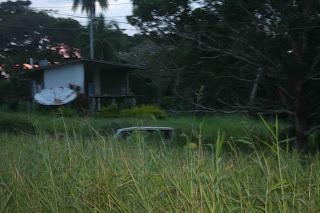 Bush and a former staff house at the Sepik Agricultural College
The former Sepik Agriculture College will become a campus of the Vudal-based PNG University of Natural Resources and Environment in East New Britain province, with massive infrastructure development to start next year for first student enrolment in 2012.
It will be known as the Sepik Central Campus.
This is with the full blessing of Prime Minister and East Sepik MP Sir Michael Somare and the government.
Vice chancellor Prof Philip Siaguru revealed this after a fact-finding trip to the East Sepik province earlier this month.”
Minister for Commerce and Industry and Maprik MP Gabriel Kapris had initially wanted the now-closed Sepik Agriculture College to become a college of the UNRE, however, the fact-finding trip found out that it had the potential to be a campus on its own.
The UNRE, however, strongly emphasises that special financial dispensation must be provided by government or a donour agency to build infrastructure in 2010 and 2011, with the set target for first student enrolment in 2012.
The UNRE has included in its 2010 budget a round figure of K20 million to continue from the jump-start budget allocation of K5m pledged by the government for the remainder of 2009.
Infrastructure development planned for Phase One commencing next year consists of a female dormitory, two male dormitories, clinic, Christian centre, four academic staff houses, four mix staff houses, four support staff houses, administration block, estate and services, one classroom, one laboratory and one lecture hall.
Phase Two in 2011 consists of a female dormitory, two male dormitories, four academic staff houses, four mix staff houses, four support staff houses, one classroom, one laboratory, one lecture hall and a canteen.
By Phase Three in 2012, when student recruitment begins, construction will progress on a needs basis and normal application will be made through the Public Investment Plan (PIP) to progressively continue the development of the Sepik Central Campus.
“The purpose of this trip was fact finding,” Prof Siaguru said.
“The Minister for Commerce and Industry wanted Sepik Agriculture College to become a college of the university.
“But during the visit, we saw that it had huge potential, so it will not be a college but a university campus.
“We found that we can carry can carry out fisheries training at Pagwi, forestry training at Yambi and Kunjukini, livestock at Urimoi and oil palm at Turubu.
“Fisheries training facilities at Pagwi, forestry training facilities at Yambi and Kunjikini, and livestock at Urimoi.
“This means that all training programmes at the main Vudal campus will also run at the Sepik central Campus.
“Potential for training is very good.
“We have the full support of the Prime Minister.
“National Agriculture Development Programme is right behind it.
“NADP will now try to turn this plan into an NEC submission for K5 million to jumpstart the programme.”
Until its closure in 1992, the Sepik college at Bainyik, Maprik, was a lively agricultural training centre which produced quality extension officers for PNG and overseas countries such as the Solomon Islands.
It is now, however, a shocking skeleton of its former self with rundown and vandalised property covered by thick grass.
Mr Kapris at the beginning of this year wrote to Prof Siaguru to get the ball rolling, after similar letters to Pacific Adventist University, University of Techonology, Divine Word University and University of PNG failed to get any response.
He also allocated K100, 000 from his district improvement programme – with another K400, 000 to come – to kick start the project.
The re-opening of the Sepik college comes at a time when there is major agricultural development in East Sepik province through the K2.5 billion Sepik biofuel project by Cosmos Oil of Japan, and K900m agri-business development by Australian-based Chinese company SPZ Enterprises.
Posted by Malum Nalu at 7/21/2009 12:00:00 AM