Papua New Guinea agriculture must be a mixed bag 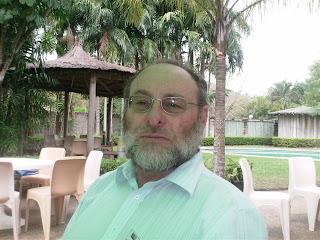 Agriculture in Papua New Guinea has a bright future, however, the agricultural mix will be different.
PNG agriculture also needs to be supported by high class research and development and it is important to build on current and past successes and to learn from the past.
An expert on PNG agriculture, Dr Mike Bourke (pictured)  of the Australian National University, made these assessments at the National Development Forum at Parliament today while speaking on ‘Agriculture developments in PNG and future prospects’.
He said major tree crops such as coffee, cocoa and copra were facing assorted problems and PNG should diversify alternatives major crops.
For instance, in East New Britain, where the cocoa pod borer has affected production, Dr Bourke said ENB could diversify into alternatives such as balsa, galip nut, nutmeg, teak, vanilla, pepper, kava, cardamom and turmeric.
Best prospects for domestic markets are root crops, banana, fruit, edible nuts and vegetables; snack foods such as peanuts, cassava chips, banana chips, cooked galip and cooked karuka nut; betelnut and pepper; fish and livestock.
Best prospects for export markets are oil palm, hardwoods (teak, kwila, New Guinea walnut, Calophyllum, rosewood, ton); fast-growing timbers such as balsa; flowers, especially indigenous orchids; spices, as indigenous oils; and edible nuts such as galup, karuka, pao and talis.
Dr Bourke listed poor to average export prospects as coffee (high global supply), cocoa (cocoa pod borer), vanilla (quality), tea (only one company in PNG), rubber (dependent on price of oil) and copra (low prices and has to be exported as copra oil).
Very poor prospects included grains for domestic market including rice, wheat, maize and sorghum; pulses such as soyabean and green gram; robusta coffee, pyrethrum, fresh food exports and canned food for domestic market.
Dr Bourke later said: “The prospects for coffee are only moderately good.
“The reason has to do with the high supply on the world market, especially from Vietnam and Brazil.
“The concern here is that there are very few alternatives to coffee in the Highlands.
“Coffee needs to be supported but we need to be realistic about the prices.
“The cocoa industry has grown quite steadily, particularly on East New Britain and Bouganville,
“These two provinces produce 75% of PNG’s of PNG’s export and 8 or 9% from East Sepik and Madang.
“Production was around 50, 000 tonnes last year.
“The big issue with cocoa is cocoa pod borer.
“The insect is present in East New Britain, East Sepik and Madang, not on Bouganville yet as far as we know.
“This is having a social impact, for example, people can’t afford to pay school fees for their children.
“When it comes to Bouganville, it’s going to have a big effect as well.
“As for copra, prices are very poor.
“The world market for copra itself is very low.
“The market is now for copra oil.
“For example, in Europe, they do not import copra now, they import copra oil.
“The market for copra is okay, but only just okay.
“You can only make money from copra if you are near a buying point, for example, Buka, Taboi, Namatanai, Duke of York and Madang.
“But for remote locations, for example Tabar Island, if there’s no buying point you can’t make money.”