Storm Boy brings back memories of ‘happy days’ of cinema in PNG, celebrates the life of ‘Mr Percival’ 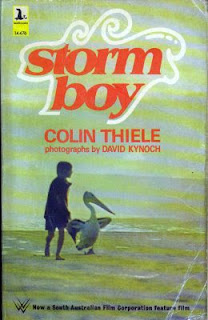 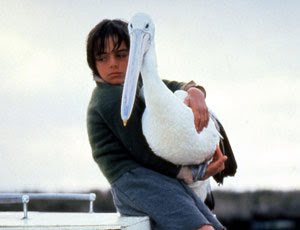 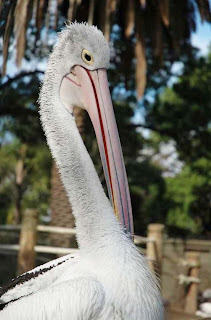 Last Sunday, after a long day at work, I went home to find my children already fast asleep and yet another cold meal that has become so much a part of my life as a journalist.
It was close to midnight, EMTV had closed, but was playing the Australia Network featuring a film that I had seen more than 30 years ago as a 10-year-old in Lae.
I tried to wake up my children to watch this, one of my all-time favorite movies, but to no avail.
That film was Storm Boy, based on a book by Australian Colin Theile, and which was later made into a classic Australian film of the same name in 1976.
The showing of the film was also to celebrate the life of one of the film’s stars, the pelican Mr Percival, who passed away at the Adelaide Zoo last month aged in his mid-30s and who had reached superstar status by starring in a film.
A short obituary to Mr Percival was also read after the film.
In 1976, the bird was used in Storm Boy, the film based on Colin Thiele's novel about a boy who raises three pelicans.
The boy is forced by his father to release them, but one bird, Mr Percival, returns.
The Coorong near the Murray mouth was the setting for the movie.
Storm Boy was a movie that touched my heart – and that of so many other children - so many years ago as a child in Lae.
I already have a copy of the book at home and my children enjoy every minute of me reading the book to them, which just goes to show the timelessness of Storm Boy.
It also brought back so many memories of another day, particularly of the now-extinct movie theatres, which once abounded all over Papua New Guinea.
A whole generation in Papua New Guinea has sadly grown up without knowing the experience of watching movies in a cinema.
In the “happy days” of the 1950s, 1960s, and 1970s, cinemas were commonplace all over the country.
Those of us who grew up in that roaring and memorable period will know the joy of watching films on the big screen.
These days, with the advance of television, video, VCDs, and the Internet, the movie projector has become as antiquated as the time-honored typewriter.
Anyway, it was in 1978, when I was 10, that my father brought my elder brother David and I to the Huon Theatre at Eriku in Lae one rainy night to watch Storm Boy.
I remember sitting with my eyes glued to the big screen, following Storm Boy’s every move, until I broke down and wept with him when his pet pelican Mr Percival was shot by hunters along a lonely, windswept Australian shore.
Every once in a while there is a special film, a film that appeals to all ages, a classic family entertainment that celebrates life and joyfully touches the heart.
Storm Boy is that film.
Storm Boy (Mike) lives with his recluse father, Hide-Away Tom, on South Australia's lonely and beautiful coast.
Years before, when Storm Boy’s mother had died, Hide-Away Tom had left Adelaide and gone to live like a hermit by the sea.
Here his Storm Boy’s spirit roams with his pet pelican, Mr Percival, and his secret Aboriginal friend, Fingerbone Bill.
He knows no other world.
Suddenly there are intruders: the local school teacher who wants him to take lessons, a resentful wildlife ranger, duck shooters, hooligans with loud music.
Storm Boy, growing up, is forced to choose between a life of continued isolation and the challenges of the outside world.
One time the hunters are in the area, Mr Percival is shot down and Mike does a mad search through the long grass to find him.
The search is unsuccessful and Mike cries as he walks along the beach remembering times they spent together.
Fingerbone eventually finds Mr Percival and buries him.
He shows Storm Boy the grave he dug, and there are a few moments of sadness, but this is turned to hope when Fingerbone shows Storm Boy a nest with a freshly hatched pelican in it: "Mr. Percival all over again, a bird like him never dies."
The film was one of the first Australian feature films made for children to become well-known and both the book and film are still widely used in school English programmes.
Posted by Malum Nalu at 10/18/2009 11:22:00 AM