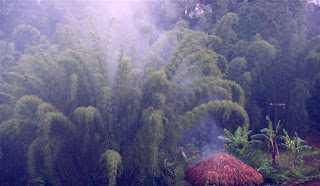 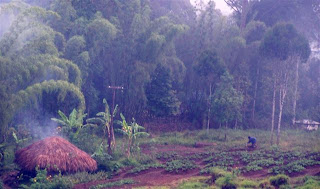 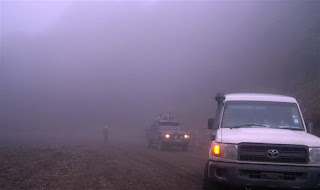 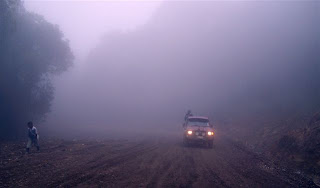 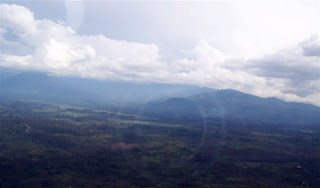 I have had the privilege of being associated with the Southern Highlands in the early part of my own childhood.
My parents were both teachers and their first posting was to a school at the old government station on the shores of Lake Kutubu and we flew into that picturesque lake from  Port Moresby in a Catalina (flying Plane).
Decades on as the press officer to the Late Sir Ignatius Kilage, I took in the view from Kutubu Lodge and this now included Moro.
I was told the old government station had moved on.
I caught missals while I was there as a toddler and vaguely recall dad at times singing his favourite song Poreporena the song that told the story of the people of that village who had left home to get away from the War and told of them missing home.
Maybe my own dad missed home and sang it occasionally to express his own feelings.
Sometime later we moved to Mendi where the main street of the town is the old runway to the former Mendi airport.
Early in my teen as I was starting out in journalist, Andrew Waibiria than member for Koroba Lake Kopiago moved a motion  in the old House of Assembly on September 23,  1974, to establish a new Hela province and Tari as the provincial capital.
That motion was supported by John Fifita the member for Kula in Milne Bay and Manasseh Voeto the member for Menyema.
I recall Mr Voeto being very vocal on the issue of a separate province for Hela emphasising that Mr Waibiria was not asking for  the current districts to be abolished but out of one of the  other districts of the Southern Highlands, Hela be established as a province.
Thomas Kavali moved for debate on the subject be adjourned and this never resumed and Mr Waibiria lost his seat to Paiale Elo in the following national elections.
Two weeks ago I returned to the Southern Highlands and arrived at Tari, the provincial capital of a brand new Hela province.
It is a vibrant little town and for those of you who are familiar with Kerema and Popondetta, Tari is bigger for a late comer.
The airport runway which is as long as Jacksons International slices the town in half straight down the middle and in the easterly direction, the Tari gap rises above the mountain ranges that form a protective ring around the Hela Province.
Hela is the name of a man and he had four sons who now make up the major tribal grouping that make up Hela province.
To understand the attitude of the sons of Hela to the ongoing issues surrounding the LNG gas project, we need to  understand the Hela people, their culture and their point of view which is based on centuries old prophecy that seems to be coming true today..
“Inside Gigira burns Laitebo which when kindled, the flames will illuminate Hela and the land beyond, “ said that prophecy.
It went on to say: “When the man with the orange legs  comes to take the fire from you,  give him an axe and tell him to go get his own firewood for his own  fire.
Today the people of Hela  are seeing the man with the orange legs trying to take the fire from  them  and in reality they are trying to protect it from being taken  so that the words of the prophecy that the Gigira Laitebo will light up Hela and the land beyond will come to pass..
The people of the province look at the Gigira Laitebo prophesy in contemporary Hela to mean the social infructure benefits accruing from the project.
More importantly  the people of Hela say it means the actual physical light they see  when distribution power pylons  national roads, provincial feeder roads and tracks into Hela clans, hamlets and villages throughout the province and the rest of PNG and beyond in pipelines and tankers.
When the missionaries arrived in the area the people  found it easy to relate  God to their own religious structure where  Dadagaliwabe  was a spiritual being higher than all spirits and  from whom  the world came to light.
This is where thy translate the Gigira Laitebo to mean spiritual light which must be rekindled from within Hela funded  by and spread through the proceed of development of the Gigira Llaitebo, strategically put into place from time immemorial for  his own greater glory by the Yahweh of the Hebrew, El Elyon of Melkisadeck and Dadagaliwabe of the Hela.
Of the same and the one crater the English speaking world call him God.
Maybe...just maybe we can all diffuse a live wire that is in the making in Hela fuelled by politics and backed by multi million kina corporations by taking time to understand the Hela society, the story of its origin and the centuries old prophecy that to them to this very day has real meaning and now value.