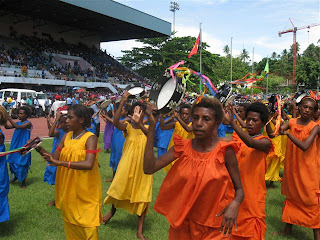 Five hundred tambourine girls added colour to the grand opening of the week-long synod of the Evangelical Lutheran Church of PNG in Lae, Morobe province, yesterday. Among the VIPs who witnessed the spectacular extravaganza at Sir Ignatius Kilage Stadium was Prime Minister Sir Michael Somare, who praised churches for providing health, education and other community development programmes for the people.-Pictures by OSEAH PHILEMON of The National 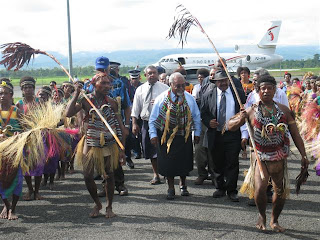 Prime Minister Sir Michael Somare being greeted by dignitaries after slighting from the Government's executive Falcon jet from Wewak yesterday morning. Officially, Sir Michael is still on Christmas vacation but took time off to deliver the keynote address at the official opening of the 27th Synod of the Evangelical Lutheran Church of Papua New Guinea. The jet flew from Port Moresby to Wewak, where it picked up Sir Michael and his entourage for the flight to Lae. The plane was hosed down by airport fire trucks upon arrival. Later, at the opening ceremony, Morobe Governor Luther Wenge, who was the first to meet Sir Michael at the airport, defended the Government's purchase of the jet. He called on the people of Morobe to support the Government for buying the aircraft. 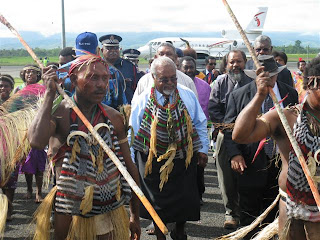 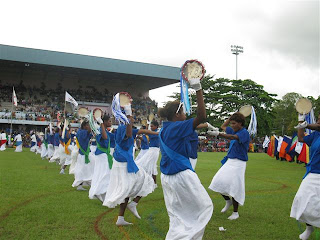 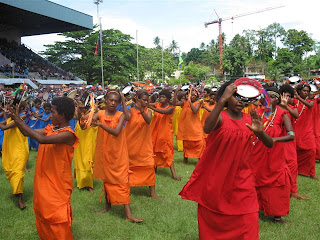