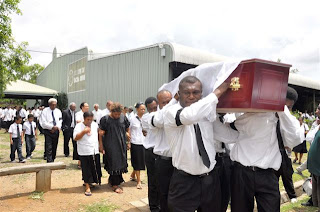 Henry Kila's coffin is carried out of church. All pictures by EKAR KEAPU of The National 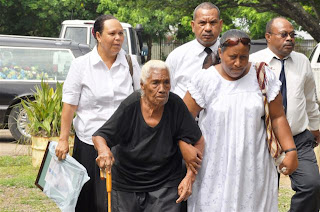 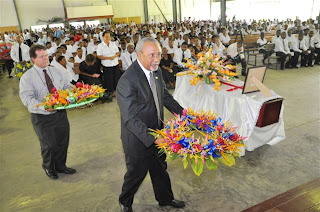 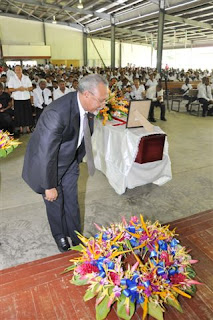 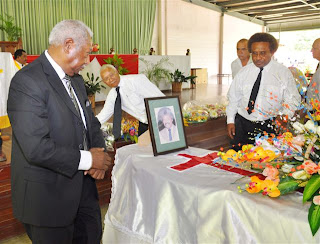 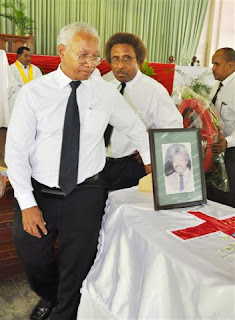 Late Mr Kila's distinguished services to sports and business in the country, particularly his efforts in strengthening business relations between Australia and PNG were highly acknowledged during the funeral service in Port Moresby's Sioni Kami Memorial Church at Gordon.

Mr Kila succumbed to an acute heart attack brought on by clogged arteries and diabetic condition at about 2am on Monday at the Port Moresby Private Specialist Medical Centre.

He will be buried at his Arure village tomorrow after the trip home today to Delena and Yule Island in Kairuku, Central province.