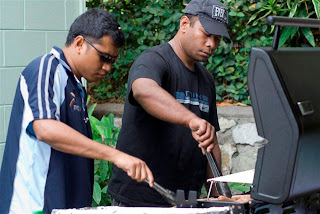 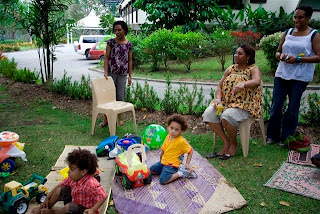 From the arts to law and from education to forestry, Papua New Guinean graduates of education come from almost every discipline.

Recently around 50 members with about 25 of their children gathered for a Bung Kaikai at the New Zealand High Commission.

A volleyball net was string between the trees and families spread themselves out on blankets around the grounds.

Staff and members spent time reminiscing about old times in .

Only a few weeks later a number of avid All Blacks supporters, with family, friends and staff from the NZHC met to watch the All Blacks grab victory from the Wallabies in the second 2009 Bledisloe Cup match against the Wallabies.

The Kiwi Alumni Network gives graduates of a education a chance to meet socially and reminisce, mix and mingle professionally and contribute something positive to the wider PNG community.

There are over 200 members of the Network.  Most studied in on Government scholarships.

Membership is free and open to anyone who has spent time studying in and anyone interested should contact the New Zealand High Commission.