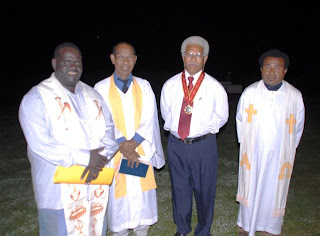 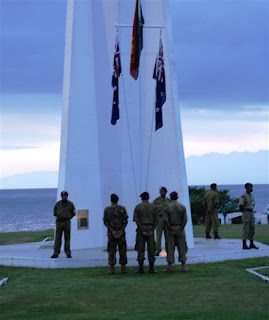 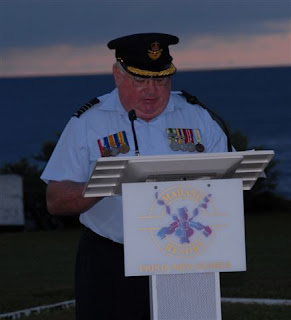 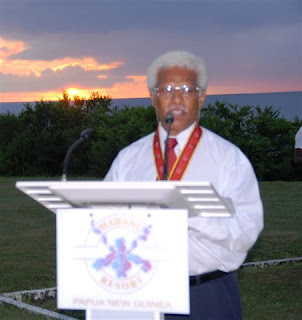 More than 1, 000 people attended the ANZAC Day Dawn Service today at the Coastwatchers Memorial Lighthouse at Kalibobo in Madang.

It was attended by Governor Sir Arnold Amet, his predecessor Sir Peter Barter together with representatives from the Australian Defence Force including Group Captain Tony Behm and Lt Col Simon Watts from the High Commission in .

The United Church Choir sang Abide with Me and O Help in Ages Past.

“Both Grp Capt Behm and Sir Arnold addressed the service, a well-known local Alfred Sibut played the Last Post and Reveille and the Ode of Remembrance was read by Sub-Lt Isaac Napitalai of the PNG Defence Force,” Sir Peter said.

“It was a beautiful morning in Madang as  the sun rose over the horizon at 5.45am as the service commenced and upon the conclusion, a Gunfire Breakfast was served to the more than 1, 000 people who attended the service.”

Sir Peter Barter, chair of the Melanesian Foundation, thanked business houses who contributed towards the event including providing sufficient food to feed everyone, staff of Madang Resort for volunteering their time to set up the area for the service, , Correctional Institution Services, , Lutheran and and choir from for their contribution.

He in particular thanked the many hundreds of Papua New Guineans who had walked in from villages to attend the service.