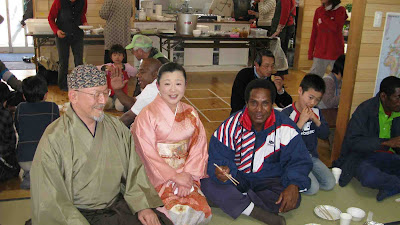 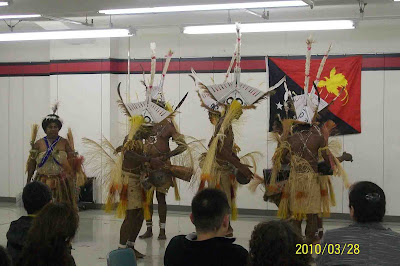 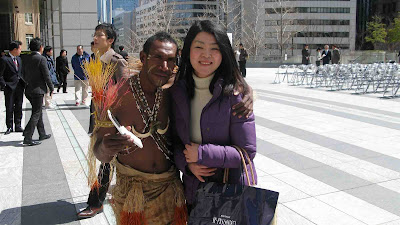 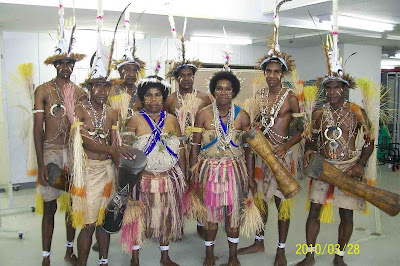 A traditional dance group from Morobe province has returned from Japan proud to have been part of the opening of the brand-new Papua New Guinea Embassy building in Tokyo last Wednesday and convinced that our people can learn so much from the Japanese.

The eight-strong Lasi Tewai Siac Group was one of two groups brought over by the PNG Embassy in Tokyo, the other being the Kurti Andra Traditional Dance Group of Manus.

They travelled to Tokyo on March 27 and performed at a number of venues in and around Tokyo in the days leading up to the opening of the new PNG chancery and the launching of the second weekly Port Moresby-Narita flight last Wednesday.

It was the first overseas trip for most members of the group and was a real eye-opener for them.

Group leader Timon Tomala said one of the highlights of the trip was when they were hosted by students at an elementary school at Tsurugashima and later partook in a traditional Japanese tea ceremony.

"Generally, life is Japan is very fast-paced, however, the people respect each other.

'They are very hard-working.

"Time to them is of paramount importance.

"I've been to other places around the world, however, they don't compare to Japan.

"There are a lot of things Japan can offer PNG.

"There are many things that PNG can learn from Japan.

"They are very traditional-minded, despite being one of the economic superpowers of the world, and they ensure that their children grow up with that.

"It was a very good learning experience for us members of the Lasi Tewai Siac Group."

Mr Tomala was very impressed to see that PNG students studying in Tokyo were much disciplined like their hosts.

"We could see that our students who are studying in Japan have really taken on board the Japanese culture," he said.

"I would like to see more of our young people from PNG take up studies in Japan, as it will impact on their lives and be good for PNG in the long run."