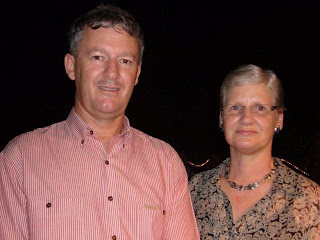 Outgoing High Commissioner Niels Holm says the real wealth and strength of is in its people.

Mr Holm, who leaves officially on May 27 after three years in PNG to take up a new post as Official Secretary to Government House, said this at a farewell function at his residence last night.

His successor, Marion Crawshaw, arrives on May 28.

“PNG has been a fascinating and rewarding posting,” he said.

“It is a young country still working on shaping its institutions.

“It is a land of great contrasts - with poverty and wealth obvious to the most-casual visitor.

“But real secret is its people – a rich HR resource that constitutes its real long-term wealth when the copper and gold, the oil and gas are all gone.

“Most impressive of all is that small elite group of Papua New Guineans who are determined to do all in their power to make their country function as it should and stand tall.

“They seem immune to disappointments and just get up again after every knock back.

“I take off hat to them.

“They are the boast of PNG, and I firmly believe that the future of PNG lies with them, not with visions of LNG riches.”

Mr Holms said he and wife Suzette would take home many memories to New Zealand, some of the fondest being election day in Kundiawa 2007, glorious scenery of the Highlands Highway from Mendi down to Hagen, desolation of Arawa, volcanoes in Rabaul, snorkelling in Alotau and letters of hope and appreciation from some of those in remote areas whom the New Zealand High Commission had been able to assist.

“But the most-abiding memory is the toughness, resilience and determination of ordinary Papua New Guineans to cope with the demands of daily life, with that famous PNG smile,” he said.

Mr Holm said bilateral political and military relationships were strong with hosting many PNG students, some of whom returned to join the now 230-strong Kiwi Alumni Association.

“Our bilateral relationship, I am happy to say, is going strong,” he said.

“While we may not have the intimacy or scale of engagement with PNG of our big neighbour (), we have always had an excellent understanding with PNG’s leaders and in particular a shared perception of how the Pacific might address its problems.

“Trade is less strong, but we are hoping to change that , our first trade commissioner in a decade is here this week talking to officials and traders on how New Zealand can return to a market we have neglected.

“Last week we had an outstanding official visit to by Prime Sir Michael Somare, which reconfirmed the bilateral relationship at the most fundamental level.

“The Prime Minister met leaders, members of the PNG community, and had various contacts with Maori and discussions of their problems.

“I believe that he left New Zealand reminded of the fundamental strength of the bilateral relationship, and of the factors that have always made it possible for us to have a close if not a common understanding of bilateral regional and global issues.”