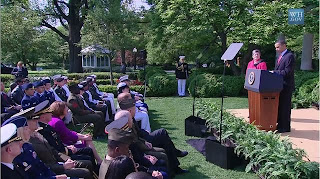 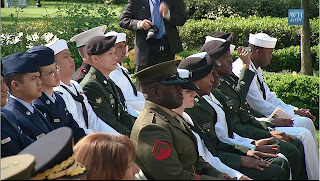 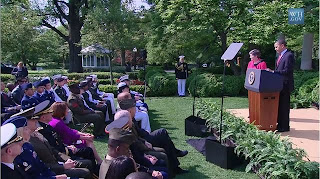 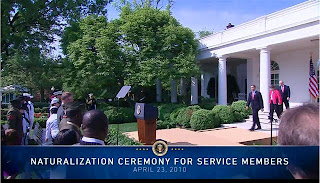 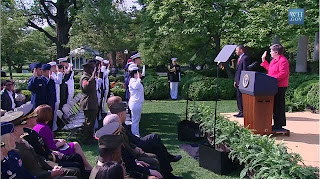 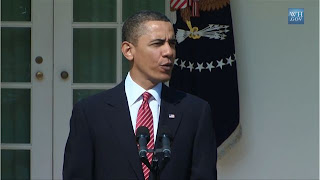 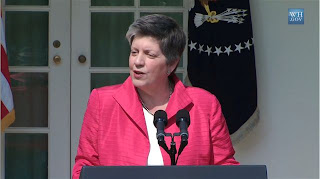 Papua New Guinean Granger Michael was last Friday welcomed by President Barack Obama at the White House as a citizen of the as well as a US Marine Corp serving and protecting US interests and aspirations abroad.

Proud parents, Graham and Celine Michael, said at the weekend that their eldest son, Granger, and PNG, were specifically mentioned by President Obama during the ceremony.

Mr Michael is a former PNG diplomat at the PNG Embassy in .

President Obama spoke at a naturalisation ceremony for 24 members of the US Forces.

The ceremony recognises the contributions made by immigrant members of the armed forces who have earned their American citizenship through service to the country, and the contributions immigrants from all walks of life have made to the throughout its history.

President Obama commended all 24 men and women for choosing to become US citizens and named PNG and Granger Michael in his address.

“And it’s the patriotism of a young man from Papua New Guinea, who joined the United States Marine Corps and deployed to Iraq -  not once, not twice, but three times,” he said to much applause.

“Asked why he would choose to become an American citizen, he said simply, ‘I might as well.  I love this country already’.

“And so we congratulate Granger Michael.”

Pres Obama commended the parents, who he said “were willing to say good-bye to their own families, their own countries, so they could have an opportunity to give you the opportunity you never had”.

“Like generations of immigrants before them, they worked hard,” he said.

“They scrimped and they saved.

“They deferred their own dreams so that you could realise yours.

“So today is a tribute to their sacrifices as well.

“And I would ask that you join me in honoring your moms and dads and the families that helped bring you to this day.”

Both video and transcript of President Obama’s speech are available online, the video at http://www.whitehouse.gov/photos-and-video/video/naturalization-ceremony-us-service-members and transcript at http://www.whitehouse.gov/the-press-office/remarks-president-naturalization-ceremony-active-duty-service-members

“As you will note from the video, our eldest son, Granger L Michael, and , were specifically mentioned by the president of the , Barack H Obama during the ceremony,” the parents said in an email.

“We are so proud of his accomplishments first as our son, second as a US Marine Corp serving and protecting US interests and aspirations abroad, and finally as family and friend to so many of you.

“We hope you join us on this occassion to mark another milestone in Granger's blessed journey through life.”