Relationship between the University of Goroka and Japan 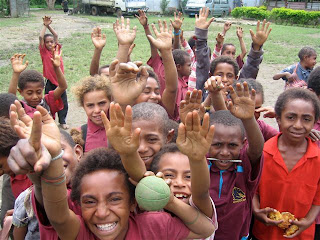 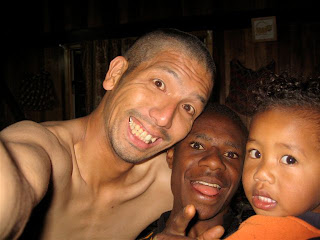 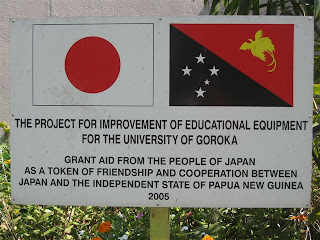 Since the University of Goroka (UOG) was established in 1997, it has had 17 Japan International Cooperation Agency (JICA) volunteers, which included eight juniors and nine senior volunteers.

They have especially been involved in the ICT department, several technical fields of the Science Faculty and teaching Japanese language.

During my volunteer period from 1997 to 1999, the people of Goroka including UOG staff and students looked after me very well and I didn’t feel I had left my home country .

My mother in passed away in May 1999 and the Iufi-iufa village people asked me to make her tomb at the village in her memory because she wanted to travel to Goroka before she died.

My father and I travelled to Goroka with her ashes to make her tomb and this was first time my father visited Goroka.

Japanese Government assisted with a lot of technical/ non-technical assistance through JICA to UOG after my volunteer period expired.

For example, they donated over K10 million worth of education improvement equipment including computers, science lab equipment, library bookshelves, etc, in 2005.

Since JICA started sending Japanese language teacher to UOG, there have been so many students and staff who  could get into basic Japanese conversations like Kon-nichiwa (hello),  Arigato (thank you) and  Sayonara (see you).

In October 2000, one of my best rugby friends in Goroka passed away in the bush on the border of and Gulf provinces.

Iufi-iufa village people and I hired a light aircraft and speed boat at , dug up his body from the ground and brought it back to Goroka.

His family was very pleased and named me Russell after him.

After my volunteer period expired, I thought of ways to repay the village people and the people of Goroka for their kindness.

Since 2001, my family in has invited some young village people to study life in .

We have already invited three boys, including Paul David Barora, a younger brother of the late Russell to study Japanese culture from 2002-2005.

After he completed his studies in , he joined a tourist company (PNG-Japan) in and became a tour guide.

He can speak Japanese very fluently.

In May 2006, I married a woman of Gulf and Morobe parentage and we now have two boys, including an adopted 18-year-old boy.

Last year, we lost our three-month-old son to and unknown illness and we buried him next to my mother and late Russell’s tomb.

Since December 2007, I have been working at UOG as an ICT manager to develop the ICT facilities at UOG.

I have many connections with the people of and last year we received 53 sets of used computers from Kyoto Computer Gakuin (KCG) School in and set them up for student uses.

One of our new computer laboratories for post-graduate students is called KCG Lab.

The UOG is the only government institution for tertiary education in PNG, so I believe from the starting point here, we can provide a better education for future generations.

I am deeply concerned about education in PNG, which is why I became a board member of and .

During World War II, many Japanese troops died in this beautiful country, PNG.

We cannot forget this sad contact between PNG and , but we are looking forward to see a bright future for both countries.

I have already applied to become a citizen of PNG and I am awaiting response from the government.

My future dream is to set up a technical high school in Goroka and to invite Japanese technical people to come and teach Papua New Guineans.

I really want to become a bridge person between two countries at grassroots level.