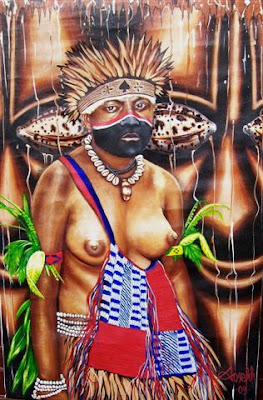 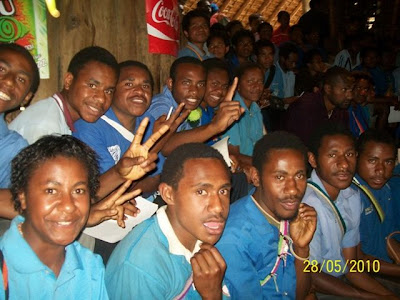 School students at the Variety Matinee at Raun Raun Theatre 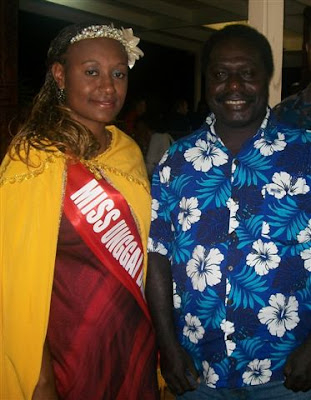 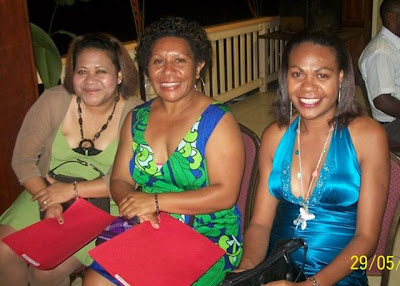 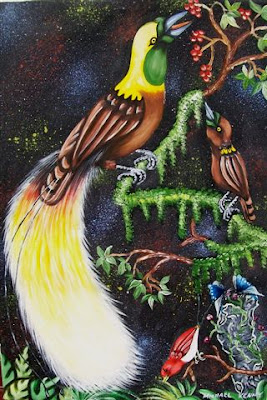 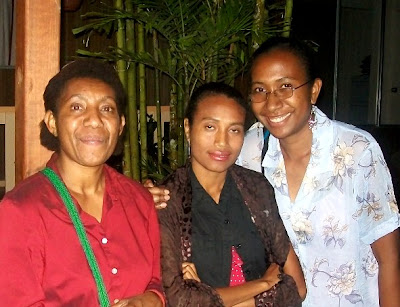 Ladies having a great night at the PNG Coffee Festival Ball 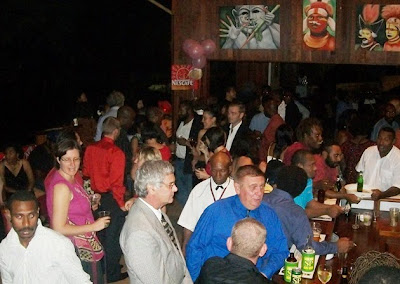 As any successful organisation must do, the 8th PNG Coffee Festival - staged over May 27, 28 and 29, 2010 - has had to reinvent itself.
The festival has adapted to a changing environment and circumstances - and with the swell in population and vast numbers of idle people that congregate around the main market area.
It was decided that the event revisit its origins by staging a smaller, better-focused event.
And as such – much to the disappointment of many - there were no large contingents of singsing groups and secondly there was no trade fair.
However, in so doing, organisers achieved one of its goals set previously – which was to improve the comfort and safety of festival attendees.

Festival’s objective is economic self-reliance
The PNG Coffee Festival is essentially a fun and creative means to promote the message to the Highlands community that individuals must seek a self-reliant and sustainable means of earning a living. The theme for the 2010 event was “nurturing our children and protecting our coffee”.
A cornerstone of the festival is educating school-age children, and this year saw schools continuing to capitalise on the opportunities offered by the festival (refer schools programme below).
Throughout all the weekend’s activities, coffee was consistently featured and promoted as the No. 1 crop for sustaining a livelihood at the village level.

Coffee Festival Art Award
Over 40 pieces of artwork were featured, including both painted and printed works, from street vendors, students and other members of the public.
The art award this year highlighted the real struggle of artists on the street – earning a living.
Sadly, one such artist, Michael Kenny whose art works were featured at the Art Award - died on the Monday before the award.
Michael Kenny was a promising young artist whose painting style had evolved from simple portraits to detailed depictions of life in the Highlands of PNG.
The award night, held at the UOG Library in front of a fullhouse crowd, was successful and organisers will look to build on this effort and offer more options for artists in the future.
The 2010 winners were: Mr Elly Gendua first place (K700), and the late Mr Michael Kenny second place (K300).
In addition, all submissions were appreciated and in acknowledgement of their work, K50 was given to each participant.

Coffee Kitchen and Coffee Cupping
A new inclusion in this year’s event - highlighting the food and beverage side of coffee.
With the Coffee Cupping – samples were taken from growers, with roasting and judging taking place on location at the venue Pacific Gardens Hotel.
The winner for the Cupping prize was Mrs Marie Yogiyo.
The Coffee Industry Corporation officiated at the event with their quality control experts handling the judging.
The Coffee Kitchen saw food entries from Mrs Elly Gendua and Mama Ria, incorporating coffee flavours.
This activity was a learning experience and organisers hope to build on this aspect to given more prominence to Coffee Cupping and to Coffee Kitchen-related foods in the future.

Variety matinee
Under the direction of Raun Raun Theatre management -, this years Variety Matinee, showcased 12 groups from all parts of the Highlands.
In true Raun Raun Theatre style the performance was lively and entertained all who attended.

Miss Coffee Festival Pageant
Eight Goroka-based beauties were put through three days of scrutiny from judges.
Entrants were interviewed by judges on various criteria; they spoke to the public on different community issues; and paraded in their traditional costume as well as evening wear.
Miss Michelle Mondia was crowned Miss Coffee Festival 2010, with Miss Scholar Mitio winning the first runner-up prize.
Miss Coffee Festival will be looking for a sponsor to take her to the Miss PNG Quest, where she will be Miss Coffee.

Fireworks captivate Goroka
Beneath the full moon, echoed shouts of euphoria throughout Goroka Town, the valley and surrounding mountain ranges as the festival team shot hundreds of fireworks into the evening sky over two nights. Reports from jubilant and excited people kept coming in from villages far and wide, in the days that followed the fireworks displays.
Organisers promise even more for next festival
Organisers will continue to be ready to adapt the event to suit the ever-changing environment under which the event is staged.
Furthermore, organisers hope to build upon the following areas:
• Develop further the schools programme;
• Develop further the art award and create opportunities for artists;
• Further develop the Coffee Kitchen and Coffee Cupping; and
• Continue to prioritise the overall comfort and experience for participants
The next Festival will be held in 2011, with dates set closer to that time.