Office of the Prime Minister


The National Government has completed another significant road infrastructure project with the delivery of the road linking the people of Simbai in the Middle Ramu district of Madang Province through to Madang. 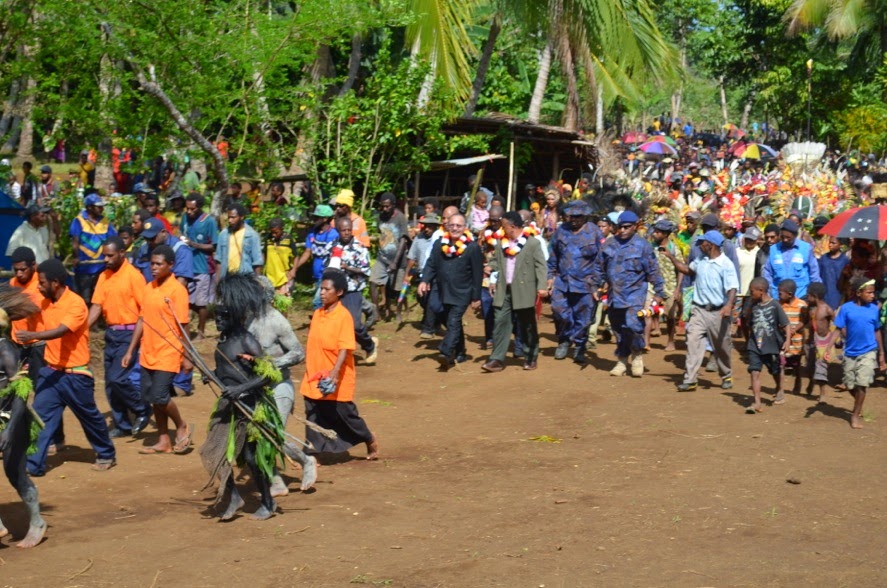 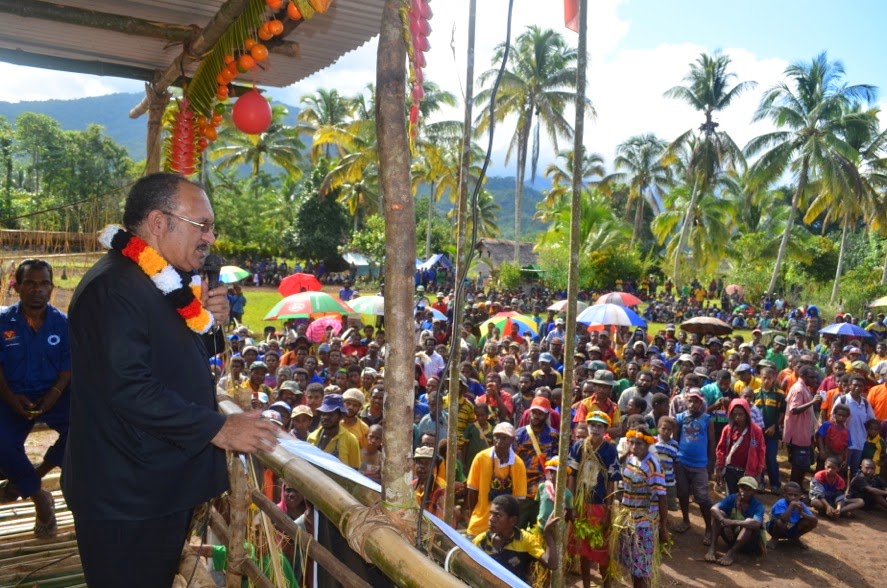 Prime Minister Peter O'Neill launched the Simbai to Madang road when he visited Apenam village in Madang  last week.
Speaking with people who will now use the road,  O’Neill urged them to make good use of the infrastructure to improve lives in their community.
“I hope you use this road to do business and carry goods, to find more work, go to healthcare centres and visit your family.
“You government is behind the people in rural areas and will continue to build our road network.
“We have made a commitment to build infrastructure that improves the lives of people all around the country, from the cities and towns to the most rural villages.”
The Prime Minister said economic growth creates opportunity for businesses and he urged the people to work together to make bigger changes for their communities.
“Roads are a link for economic development by allowing for the easy flow of goods and services such as healthcare, education and other vital services to reach majority of the people in rural areas,” said the PM.
O’Neill reiterated that more funds have been put into rural areas by the government and he wants to see this work to continue to improve the livelihoods of the people.
“We have been investing heavily in infrastructure as it is one of our core priorities and already we have seen many changes in all our road networks in many rural areas through to our cities,” said O’Neill.
The PM has promised the people that he would send works engineers to carry out a study on the Ramu River and a bridge would be built. In the meantime, a pontoon would be in place to move vehicles across the river.
O’Neill also went to Simbai late in the afternoon to officially open new classrooms in the presence of thousands of local people.
Posted by Malum Nalu at 12/21/2014 05:51:00 PM