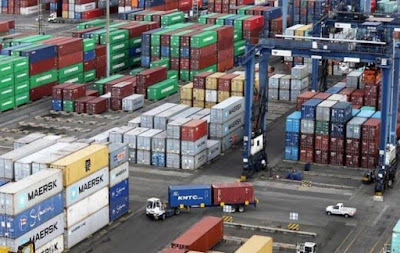 Among other things, the expansion of access for the participation of all levels of the Asia-Pacific community in economic and trade activities; optimisation of digital technology utilisation; internationalisation of Micro, Small and Medium Enterprises (MSMEs); strengthening connectivity across the region; and the creation of inclusive and sustainable growth.

Representing the Minister of Trade of the Republic of Indonesia, Director General of International Trade Negotiations at Ministry of Trade Iman Pambagyo welcomes various APEC initiatives and emphasises the importance of inclusiveness in economic growth.

"The development of internet and digital technology has greatly changed the pattern of global activity, including trade. We want all the people of Indonesia to benefit the economy as much as possible because these changes can encourage welfare equity," said Iman in a press release on Saturday.

According to him, the digital economy brings opportunities as well as challenges for all APEC economies, including Indonesia. "Indonesia is well aware of today's digital-based economic phenomenon. Going forward, we do not want to fall asleep and instead will prepare a variety of policies that benefit, as well as provide certainty and security," said Iman.

He added that in this case, Indonesian MSMEs and e-commerce platform plays an important role. "MSMEs represent almost 99 percent of Indonesian business people today. Through the right incentives, such as the facilitation of fast-growing e-commerce activities, our MSMEs will be able to increase their competitiveness and penetrate the global market optimally."

In addition to issues on digitalization and inclusiveness, in terms of trade, APEC also continues to accelerate the pace of achieving the 2020 Bogor Goals, fostering regional economic integration and connectivity in the Asia Pacific region.

The year 2020 will be an important moment for APEC. Departing from a deal 26 years ago in Bogor, APEC's big priority is to reduce various trade and investment barriers. The first phase for advanced economies has been made in 2010. Two years from now, achievements in developing economies should be able to complement APEC's success to create open and free trade and investment in Asia Pacific.