Bakers and ice cream makers are paying a hefty price for vanilla beans. 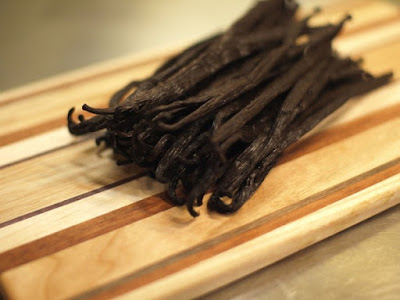 The key ingredient in sweet treats has soared to near record levels and is now hovering at about $600 a kilogram, making it more expensive than silver.

As a result, consumers may be paying more for that pint of ice cream or doughnut with their coffee.

Earlier this spring, Dunkin' Donut's chief executive officer Nigel Travis told Bloomberg that dairy and vanilla prices are weighing down returns at Baskin-Robbins, one of its brands.

"It puts pressure on both our margins internationally, and the costs to our franchisees, so we've taken this very seriously," he said in the story.

The paste is less expensive than the actual vanilla beans, he said.

"With the prices they are now a days, it's better to buy vanilla bean paste. That is, if you want the beans for that visual appeal," Brackbill added.

In the United Kingdom at least one ice cream maker stopped producing vanilla ice cream, while another ice cream business, Snugburys Ice Cream, says it is paying 30 times more for vanilla than it did last year, according to the BBC.

"It has really gone up, so last year we decided to buy it forward by a year's-worth," Cleo Sadler, who manages the production side of the business, told the BBC.

The high prices can be blamed on a cyclone which last year hit Madagascar, a tropical island off the south-east coast of Africa and the world's top vanilla growing region.

About 75 percent of the world's vanilla is grown in Madagascar. It is also grown in Papua New Guinea, India and Uganda.

Julian Gale, a commodities analyst for IEG Vu, told the BBC they had hoped prices would go down by now but they have remained high due to strong demand.