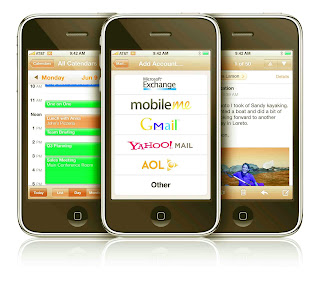 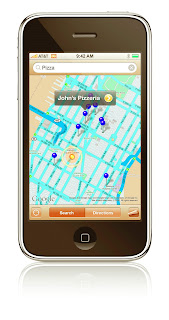 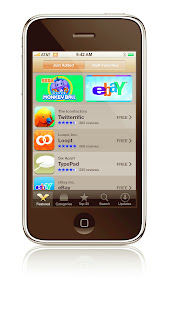 The world and Papua New Guinea, be braced, for the latest and most technologically-advanced mobile phone yet.
Apple on Monday last week (June 9) introduced the new iPhone 3G, combining all the revolutionary features of iPhone with 3G networking that is twice as fast as the first generation iPhone, built-in GPS for expanded location based mobile services, and iPhone 2.0 software which includes support for Microsoft Exchange ActiveSync and runs the hundreds of third party applications already built with the recently released iPhone SDK.
Papua New Guinea, however, may have to wait for a long time yet to benefit from this latest technological gadget given that we do not have the infrastructure such as wireless networking in place.
The new iPhone 3G makes it possible for simultaneous voice and data communications, so you can surf the Internet, find your exact location in the world, and check your email – all while on the phone.
In the US the new iPhone 3G is priced at a stunning $199 for the 8GB model, and just $299 for the 16GB model.
iPhone 3G will be available in more than 70 countries later this year, beginning with customer availability in 22 countries—Australia, Austria, Belgium, Canada, Denmark, Finland, France, Germany, Hong Kong, Ireland, Italy, Japan, Mexico, Netherlands, New Zealand, Norway, Portugal, Spain, Sweden, Switzerland, UK and the US—on July 11.
“Just one year after launching the iPhone, we’re launching the new iPhone 3G that is twice as fast at half the price,” said Steve Jobs, Apple’s CEO, in a press release posted on the company’s website.
“iPhone 3G supports Microsoft Exchange ActiveSync right out of the box, runs the incredible third party apps created with the iPhone SDK, and will be available in more than 70 countries around the world this year.”
iPhone 3G gives users ever faster access to the Internet and email over their cellular network with quad-band GSM and tri-band HSDPA for voice and data connectivity around the world.
iPhone 3G supports Wi-Fi, 3G and EDGE networks and automatically switches between them to ensure the fastest possible download speeds.
The new iPhone 3G also makes it easier to multi-task with simultaneous voice and data communications, so with iPhone 3G you can browse the web, get map directions, or check your email while you are on a call.
iPhone 3G includes the new iPhone 2.0 software with both the iPhone SDK and key enterprise features such as support for Microsoft Exchange ActiveSync to provide over-the-air push email, contact and calendar syncing as well as remote wipe and Cisco IPsec VPN for encrypted access to corporate networks.
The iPhone SDK allows developers to create amazing applications that leverage the iPhone’s groundbreaking Multi-Touch user interface, animation technology, accelerometer and GPS technology on the world’s most-advanced mobile platform.
iPhone 3G includes the new App Store, providing iPhone users with native applications in a variety of categories including games, business, news, sports, health, reference and travel.
The App Store on iPhone works over cellular networks and Wi-Fi, which means it is accessible from just about anywhere, so you can purchase and download applications wirelessly and start using them instantly.
Some applications are even free and the App Store notifies you when application updates are available.
The App Store will be available in 62 countries at launch.
Additional features available with the iPhone 2.0 software include the ability to do real-time mapping and track your progress with GPS technology, mass move and delete multiple email messages, search for contacts, access a new scientific calculator, turn on parental control restrictions for specified content, save images directly from a web page or email them to your iPhone and easily transfer them back to your photo library on your Mac or PC.
iPhone 3G delivers an amazing 10 hours of talk time on 2G networks and 5 hours using 3G, with up to 5 to 6 hours of web browsing, up to 7 hours for video playback and up to 24 hours for audio playback.
iPhone 3G takes advantage of MobileMe, a new Internet service that pushes email, contacts, and calendars from an online “cloud” to native applications on iPhone, iPod touch, Macs and PCs.
With MobileMe email, messages are pushed instantly to iPhone, removing the need to manually check email and wait for downloads, and push keeps contacts and calendars continuously up-to-date so changes made on one device are automatically updated on other devices.
With iPhone, you can even snap a photo and post it directly to a MobileMe Gallery to share with friends and family.
iPhone 3G will be available in the US on July 11 for a suggested retail price of $199 (US) for the 8GB model and $299 (US) for the 16GB model in both Apple and AT&T’s retail stores and requires a new two year contract with AT&T for qualifying customers.
iPhone 2.0 software will be available on July 11 as a free software update via iTunes 7.7 or later for all iPhone customers.
For further information about iPhone 3G pricing and availability in the US and internationally, visit www.apple.com/iphone .
Apple ignited the personal computer revolution in the 1970s with the Apple II and reinvented the personal computer in the 1980s with the Macintosh.
Today, Apple continues to lead the industry in innovation with its award-winning computers, OS X operating system and iLife and professional applications.
Apple is also spearheading the digital media revolution with its iPod portable music and video players and iTunes online store, and has entered the mobile phone market with its revolutionary iPhone.
Posted by Malum Nalu at 6/16/2008 02:45:00 PM