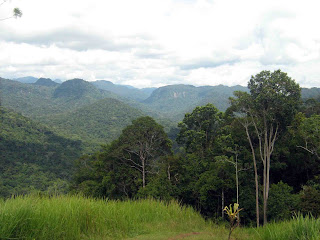 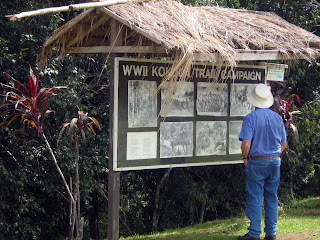 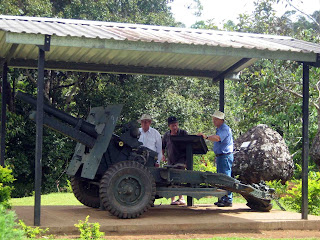 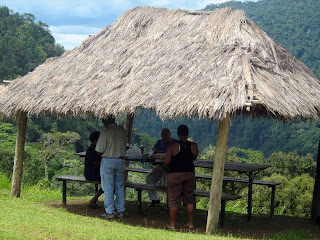 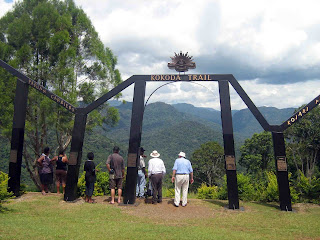 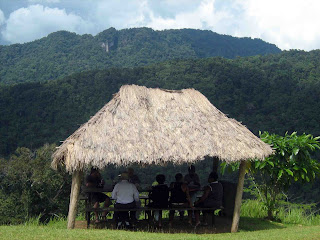 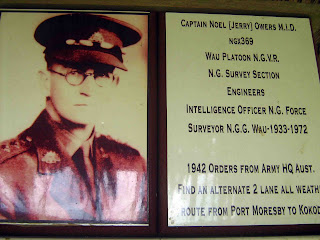 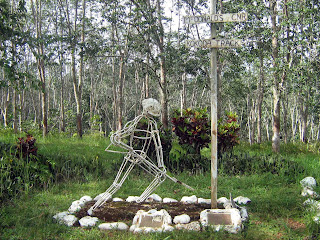 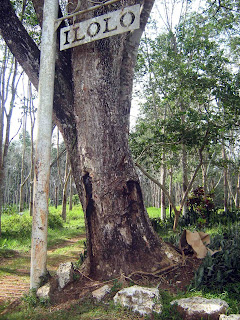 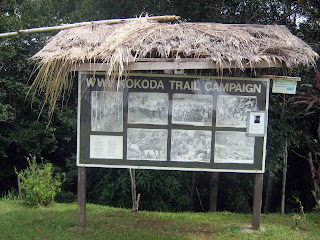 McDonald’s Corner and Owers’ Corner, further in from Sogeri, have always been a favorite place for many residents of Port Moresby.
They are famously known as the beginning of the Kokoda Trail and are visited by thousands of tourists, mainly Australians, every year.
Enjoying a cold beer after a hard couple of days on the Kokoda Trail has always been part of the routine for these trekkers.
Enjoying a family picnic at Owers’ Corner under the blue sky, white clouds, majestic mountains and lush, green environment is a moment to treasure.
McDonald’s and Owers’ Corners, for many years, have been a means of escaping from the sweltering heat and scorched landscape of Port Moresby.
While Moresby is dry as a bone for over six months of the year, these places, invariably, are moist and green and the mountain air cooler.
The mountains, foothills, forests, savannah woodland, rivers and streams have long captured the imagination of many.
It goes without saying that when one goes to McDonald’s and Owers’ corners, one returns to the city very much relaxed, and reinvigorated.
They are very much among the many jewels in PNG’s crown.

The beginning of the Kokoda Track

In July and August 1942 McDonald's Corner was recognised as the beginning of the Kokoda Track and there is now a memorial at the site as well as a sign announcing the beginning of the "Kokoda Trail".
Nearby was the village of Ilolo, and it was here in July 1942 that officers of the Australian and New Guinea Administrative Unit (ANGAU), such as Lieutenant Herbert Kienzle and his medical officer, the elderly Captain Geoffrey Vernon, brought together the groups of native carriers who were needed to support the Australian advance into the mountains.
Ilolo is reached by a road that leaves Port Moresby and winds its way 40km up a steep hill, past the Rouna Falls and onto the high plateau which includes the Itiki Valley and the Sogeri River.
This area provides a slightly cooler climate and in 1942 was considered suitable for training of the units about to cross the mountains.
Later it became a retraining and rest area for units that had fought on the Track.
It was also the site of a number of military hospitals.
From Ilolo, Lieutenant Kienzle set out with his carriers to establish a series of staging camps along the Kokoda Track to support the troops of the 39th and later the 53rd Battalions.
Staging camps were established at approximately 16km intervals, which meant that the troops would take about eight days to cross the mountains to Kokoda.
Many of the troops who fought on the Kokoda Track have clear memories of Ilolo, and McDonald's Corner - a short distance beyond where they disembarked from their trucks before beginning the march.
The first unit over the mountains, B Company 39th Battalion, under Captain Sam Templeton, left Ilolo on July 7, 1942.
C Company of the Battalion began the trek on July 23.
The first company of the 53rd Battalion left Ilolo on August 11 and the first elements of the 2/14th Battalion began moving on 16 August.
Later an effort was made to push the road beyond Ilolo and a jeep track was constructed to Owers' Corner, but still the troops disembarked at McDonald's Corner.
The first company of the 2/33rd Battalion departed McDonald's Corner on September 10. Eventually, as the track was improved, more troops could be carried forward to Owers' Corner and thus McDonald's Corner lost some of its importance.
It is still regarded, however, as the beginning of the Kokoda Track.
Beyond Ilolo, the first staging camp at the end of a day's journey, was the village of Uberi.

The end of the Jeep Track

Late in August 1942, Lieutenant Noel Owers, with a small survey party, was looking for an alternative route forward of Ilolo by which the troops on the Kokoda Track might more easily be supplied.
The jeep track only ever reached as far as the point which became known as Owers' Corner, and then gave way to a foot track which wound down a steep slope towards Uberi.
During the month of September 1942, two 25 pounder field guns of the 14th Australian Field Regiment were brought forward to Owers' Corner, where they were manhandled into firing positions.
This was the only allied Field Artillery used during the Kokoda Track campaign to support the out gunned and greatly out numbered Infantry.
This action assisted in halting the Japanese advance just 48km from Port Moresby; so began the Japanese retreat.
The terrain was almost impassable for Infantry let alone Artillery.
A third 25 pounder field gun was dismantled and manhandled to Peg 66 beyond Uberi.
The Regiment was assisted in reaching their firing position by a Platoon of the 2/1st Pioneer Battalion.
However, by then the Japanese had withdrawn beyond the range of the gun.
Following the action at Owers' Corner from to September 22-28, 1942, the Commander Royal Artillery 7th Division, Brigadier L.S. Barker despatched the following:
"The ejection of the enemy from Ioribaiwa Ridge indicates a turning point in the battle for Port Moresby. The success of our forces was due in no small part to the action of 53rd Field Battery, 14th Field Regiment in bringing fire to bear on the enemy position which they had every reason to consider was safe from artillery fire.
“The manner in which difficulties were overcome in bringing guns into action at Owers' Corner and later in taking guns forward to Uberi is another example of the aptness of the gunner motto, "UBIQUE".
“The accuracy of the fire brought down at extreme range indicates that the personnel who served the guns are maintaining that standard of efficiency which is recognised as inherent in gunner units.
“Special mention must be made of the early reconnaissance of the area and the accurate observation of fire by the Troop Commander, Captain J.P. Cullen who has been mention in despatches.
“The action of the unit in taking a gun to pieces to manhandle it up and down he steep hillsides of Uberi indicates that the Militia soldier is fully alive to the resourcefulness expected from gunners. The task of getting this gun forward was facilitated by the good work of 5 Platoon 2/1st Pioneer Battalion who improved and prepared the track.
“The CRA desires to congratulate the officers and men who took part in the actual action, on their fine achievement and that he feels confident of the good work which will be carried out in future by the 14th Field Regiment and wishes them every success in the campaign ahead.”
All units which participated in the Owen Stanley Campaign between McDonald's Corner and Kokoda, passed through Owers' Corner.
Later as the counter offensive was under way, on October 3, Generals MacArthur, Blamey, Herring and Kenney accompanied by the Minister for the Army, Mr F.M.Forde, visited Owers' Corner as the 16th Brigade began their move towards the objective, Kokoda.
General MacArthur told Brigadier J.E. Lloyd the commander, "Lloyd, by some act of God, your Brigade has been chosen for this job. The eyes of the Western world are upon you. I have every confidence in you and your men, good luck, don't stop."
Posted by Malum Nalu at 6/16/2008 02:30:00 PM