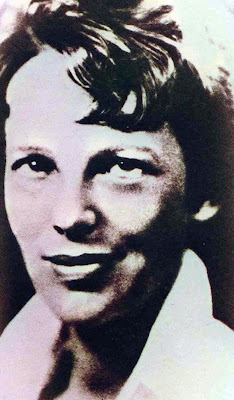 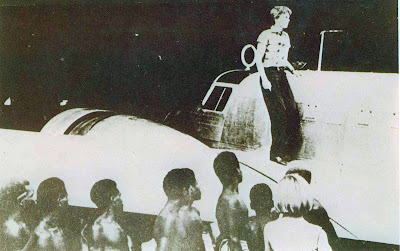 Last year 2007 marks the 70th anniversary of one of the greatest unsolved aviation mysteries of all time. ]
The mystery – that of American aviatrix Amelia Earhart – intimately involves Papua New Guinea as Lae was her last port of call before she disappeared somewhere over the vast Pacific Ocean.
Amelia Earhart, darling of American aviation, went missing in July 1937, after leaving Lae for the longest stretch of her around-the-world flight.
The mystery and a long fruitless search –costing many millions of US dollars - had begun. Today, 70 years after her final takeoff – from Lae in Papua New Guinea’s Morobe Province – the mystery is still to be solved.
World attention was focused on Lae in 1937, and continues to this day, when it was the last port of called for Earhart before she disappeared.
Old Lae residents used to recall entertaining the couple in the Hotel Cecil the night before their departure, and then seeing them off the next morning.
Their plane was so overloaded with its eight tonnes of fuel that it was still barely clearing the waves as it disappeared from sight, flying east along the Huon Gulf coast on its way to Howland Island, 4600 kilometres to the north.
On such occasions Lae-ites, regardless of class or social position, felt they were part of history.
Today, a plaque to her memory stands at the Amelia Earhart Park, opposite the famous old Lae airport.
Up the hill from the park, at the Melanesian Hotel, the bar is named Amelia’s after this great woman.
For the last 69 years, hundreds of rumours and theories – some practical but most the products of over fertile imaginations – have kept the memories of Earhart and her navigator, Fred Noonan, alive for millions of Americans.
One of the popular crank theories is that Earhart and Noonan were on a spy flight for the US government and were captured by the Japanese and executed, something that has been vehemently disclaimed by the Japanese to this day.
Some have searched the sea, believing the plane ran out of fuel.
Others think she survived a crash landing but died on a deserted island.
The conspiracy-minded claim Earhart survived and lived out her life under an assumed name as a New Jersey housewife.
There are even bizarre, out-of-this-world urban legends that she was captured by aliens on a UFO.
To US aviation buffs, she is still ‘Amelia’ and they talk about her as though she only went missing yesterday.
The 39-year-old pilot took off from Oakland, California, on June 1, 1937, on what was reported to be her last record flight.
Slim, almost boyish, reminding one of Katherine Hepburn, Amelia Earhart had been setting records for 10 years.
In 1932, she had set a solo record for her Atlantic crossing and earned the nickname of ‘Lady Lindy’, because her slim build and facial features resembled that of Charles Lindbergh.
A year later, she married New York publishing magnate, George Palmer Putnam.
A university graduate, Earhart spoke five languages.
When not flying, she spent most of her time on welfare work in the Boston slums.
Never satisfied with her records, she was always planning something greater.
This was to be IT – the ultimate in long distance flying! She wanted to be the first woman to fly around the world!
Navigator Fred Noonan, senior navigator of Pan American World Airlines, was considered as good as any in the United States.
He had already crossed the Pacific 18 times, directing the flight of the company’s famed China Clipper.
Their aircraft, a twin-engined Lockheed Electra, fast and sophisticated for its day, was well suited to the task.
They had reached Darwin, Northern Australia, 40 days after leaving Oakland.
Possibly to save weight for the long over-water legs to come, they had then unloaded their parachutes.
From Darwin, it was a short trip over to Lae.
New Guinea was the departing point for the most grueling leg of the flight – near 4600 kilometres over water to Howland Island, the longest ocean crossing ever attempted. Their destination was a speck of sand and coral in the mid-Pacific 2.5 kilometres long and just under a kilometer wide.
The Lockheed was to be the first aircraft to land on its newly-constructed airstrip. “Even with a first class navigator on board, it would be an incredible feat to find the island by celestial navigation and dead reckoning alone,” wrote Australian aviator and Earhart researcher Terry Gwynn-Jones in 1977.
“With an error of only one degree in reading, they would miss the island by 72 kilometres.
“Thus it was that the US government stationed the fleet tug Ontario half way along the route and the Coast Guard cutter Itasca at Howland.
“Besides voice communication radios, the Itasca had a radio direction finder and a radio beacon that could be picked up by the aircraft’s Bendix radio compass.
“Once the Lockheed got to within a few hundred kilometers of the island, the Itasca could guide them in.
“Or so it seemed!”
Earhart maintained radio contact with New Guinea, and then later the Itasca and Ontario, until this was lost.
Her last words were: “We are in a line of position 157-337. Will repeat this message on 6210. We are running north and south. We have only a half hour’s fuel and cannot see land.”
The message blasted through loud and clear over the radio of the United States Coast Guard ship Itasca.
The woman’s voice betrayed anxiety.
Quickly, the operator switched to the 6210 kilocycle band and waited for her call.
It never came.
Her silence was shrouded by the crackling of static interference out over the vast Pacific Ocean.
Amelia Earhart, darling of American aviation, was missing
Posted by Malum Nalu at 7/18/2008 02:30:00 PM