How Voco Point, Lae, got its name 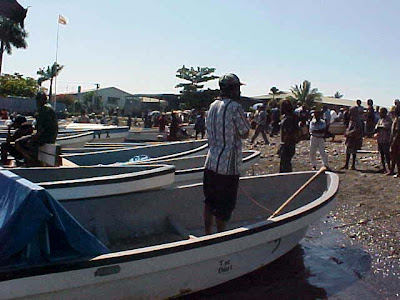 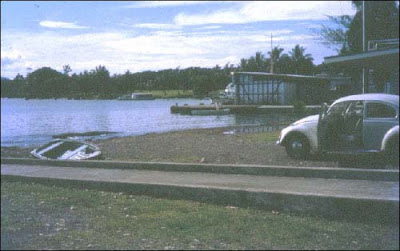 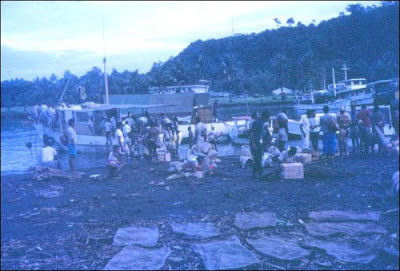 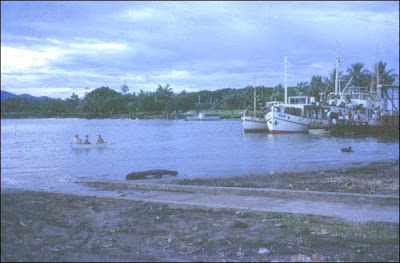 Voco Point, Lae, is one of the busiest coastal trading points in the country!
On any given day, coastal vessels from throughout the country – from Alotau to Manus, from Lihir to Vanimo – line up at the wharves.
The passenger boats ferry people to Finschhafen, the Siassi islands, Kimbe, Rabaul, New Ireland, Oro Bay, Alotau, Madang, and Wewak.
The local shops make fortunes every day and the roads are chock-a-block with humans and vehicles.
In a nutshell, Voco Point is one of the busiest coastal trading points in the country.
It continues a great tradition started by Morobeans of long ago.
The pre-World War 11Vacuum Oil Company – Mobil – had a depot at the site of Voco Point; hence, Voco is short for Vacuum Oil Company.
Mobil Oil Australia was established in Australia in 1895 and traded as Vacuum Oil Company.
It was the first oil company to operate in Australia, New Guinea, and of course Lae.
As Lae boomed with the Wau and Bulolo goldfields in the 1920s, a shipping depot connected by railway to the airstrip was established at Vacuum Oil Company (Voco) Point, and remained as the main wharf until after the war.
The local Lae villages call Voco Point Asiawi, and in days of yore, it was a traditional trading ground that bustled with activity.
They came from as far away as the Siassi and Tami Islands, Bukawa, Salamaua, and Labu to meet and exchange goods in this ancient market place.
Researchers know that around the Huon Gulf, a complex and extensive trading system – dependent on canoe voyages – had existed long before contact with Europeans.
The greatest mariners were the Siassi and Tami Islanders, whose boats sailed up the Rai Coast towards Madang, plied the coast of New Britain, and penetrated far to the south in the Huon Gulf.
The Lae, unlike their Labu neighbors, were not great mariners but did build two types of canoes: a small dugout for local fishing and the larger Kasali (sailing canoe) for longer trips.
Supply lines stretched across the Vitiaz Strait to New Britain, up the Rai Coast towards Madang, and deep into the Upper Markham and the high valley of the Huon Peninsula.
According to one researcher, the distinctive feature of this trade was specialisation in the production of certain goods.
The Lae produced taro and fruits; the Labu specialised in woven handbags and baskets; the Bukawa produced taro, fruit, rain capes and mats of pandanus leaves sewn together; the Tami Islanders carved a variety of wooden bowls; while Siassi Islanders acted as middlemen, trading Huon Gulf products into New Britain and bringing back obsidian for knife blades and ochre for paints.
The inlanders and mountain people brought to the beach produce that the coast did not grow so well: yams, sweet potato, and tobacco.
They also brought with them items of wealth such as birds of paradise plumes, dog’s teeth, and cockatoo feathers.In return, they took shells and shells ornaments, pigs, fish, and salt.
The inland trade route at Lae ran through Yalu to the Markham Valley and through Musom to the highlands of the Huon Peninsula.
Trading was carried out through a system of partnership with certain individuals and families at different ports.
This may explain how traces of the old Ahi – Wampar language are said to exist as far away as the coast of West New Britain.
It may also explain the undercurrent of friendship and co-operation between the people of the Huon Gulf coast, from Salamaua to the Siassi islands.
In 1979, a strange phenomenon occurred when a whirlpool came and tore away a large chunk of land and destroyed part of the Yacht Club.
This surprised many people, but not the local landowners, who said it was an evil spirit called Yaayaa.
According to the traditions of the Gwatu clan of Butibam Village, their original village, Ankuapoc, was near Asiawi.
Asiawi, according to mythology, used to be a long point which went out much further than today but was eaten by the evil spirit called Yaayaa which comes in a whirlpool and takes away chunks of land, the last of which was in 1979.
As Lae boomed with the Wau and Bulolo goldfields in the 1920s, a shipping depot connected by railway to the airstrip was established at Voco Point and remained as the main wharf until after the war.
Voco Point is now the terminal for local shipping and small boats, second to the Lae Port.
But it has made an indelible mark on the history of Lae, Morobe Province, and Papua New Guinea, and continues in the same vein.
Where once ancient mariners braved the rough seas, with only the moon and stars to guide them, now modern coastal vessels load machinery for the new gold mine on Lihir.
This is Voco Point, also known as Asiawi.
Posted by Malum Nalu at 7/17/2008 08:30:00 AM