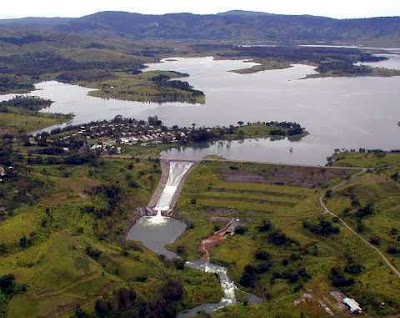 It is one of the greatest ironies that Papua New Guinea, with all its fast-flowing rivers and streams, does not have rural electricity.
Rural electricity remains a far-off dream after 33 years of independence.
In September 1976, a year after independence, Public Utilities Minister Donatus Mola announced ambitious plans for rural electrification.
To this day, those dreams have not been fulfilled and rural electrification remains a political football.
In hindsight, rural electrification could have assisted in breaking down the rural-urban drift and the ensuing massive social problems experienced over the last 30 years.
It could have meant more opportunities and new fulfillment for the people when integrated with all aspects of development: agricultural, village, industrial, social and economic.
“The present plan is that where it is shown to be feasible, micro-hydro power will be developed in rural areas and from the station, distribution lines will be spread out to those places demanding the service,” Mr Mola said in 1976.
“In time, the distribution line will link together all the various micro-hydro stations, so that the second step can take place where one major hydro-electric power station can link up all the distribution lines and the minor power plants can be moved to a new area where the same plan commences.
“Thus, the spread of development depends on the needs of the consumer and his demand for the power produced.
“The distribution of this power must rest in the hands of the provincial authorities so that the people not only receive but actually own the power that is generated within their province.
“Any profits will be ploughed back into improving the living standards of the people of the province.
“The way that I anticipate that this will be done is that the National Government will arrange loan funds from various sources for the capital cost of the micro-hydro electric power stations or transmission from existing power sources.
“The province will utilise the profits from the sale of the power from existing power sources to distribute power to the villages, so spreading power to the villages according to the wishes and needs of their own people.
“The province will also be required to pay the loan for capital equipment.
“In this way, the province can feel that its people are the real and true owners of the power supply and that they determine the use to which the power is put.”
Mr Mola stressed: “It is not a dream, but a target for achievement.
“We can do it, we must do it if we are to function as a Government of the people, for the people, and it is my declared intention that we should do it, starting now we should light into the lives of our people, joy to their hearts and prosperity to their lives by bringing power to the villages.”
Rural PNG remains in the dark after 33 years of independence.
Posted by Malum Nalu at 8/07/2008 01:50:00 PM

Email ThisBlogThis!Share to TwitterShare to FacebookShare to Pinterest
Labels: Rural Papua New Guinea remains in the dark after 33 years of independence