75 Books Every Man Should Read 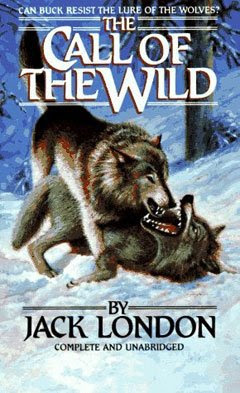 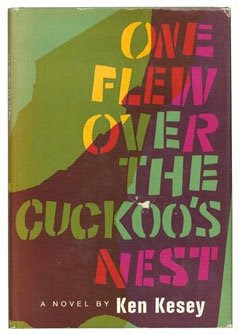 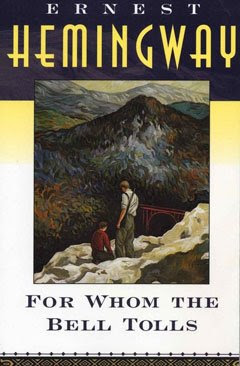 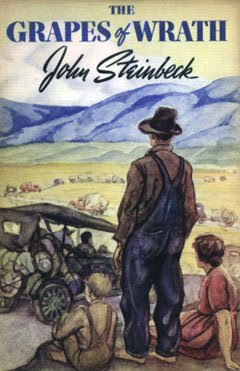 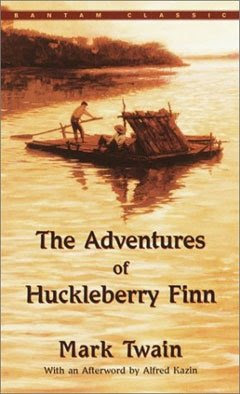 Esquire magazine, which this year celebrates its 75th anniversary, has long been a favorite of mine mainly because of its strong literary tradition and its emphasis on what Americans call ‘New Journalism’ – a style of writing in which journalism is written like a novel.
This American icon continues this tradition in its latest issue, commemorating its 75 years, with an article titled 'The 75 Books Every Man Should Read', which, according to Esquire itself, "is an unranked, incomplete, utterly biased list of the greatest works of literature ever published".
“How many have you read?” it challenges its readers.
I became a great fan of Esquire after studying the New Journalism style of writing at University of PNG in the 1980s under British lecturer David Ingram, and it has had a strong influence on my style of writing.
I used to be an avid reader of Esquire and another great publication, Rolling Stone, when they were sold at supermarkets and news agencies in the country.
However, these days, finding Esquire is just about impossible and I don’t know whether or not our supermarkets and news agencies continue to stock it, however, my reprieve is that I can always go to its website http://www.esquire.com/ and read some top-of-the-table feature articles.
Esquire began as a racy publication for men, published by David A. Smart and Arnold Gingrich, and flourished during the Great Depression.
It transformed itself into a more refined periodical with an emphasis on men's fashion and contributions by iconic American writers such as Ernest Hemingway and F. Scott Fitzgerald.
In the 1960s, Esquire helped pioneer the trend of New Journalism by publishing such writers as Norman Mailer, Tim O'Brien, John Sack, Gay Talese and Tom Wolfe.
Esquire has put up a slideshow of 75 books every man should read on its website, and it is indeed a very good list, with books by John Updike, John Cheever, Kingsley and Martin Amis, Ernest Hemingway, John McPhee, James Joyce, Phil Roth, Norman Mailer, and the token Russians Leo Tolstoy and Fydor Dostoevsky.
There are only four non-white men on the list - Ralph Ellison, Salman Rushdie, Alex Haley, and Richard Wright - and just one woman, the incomparable Flannery O'Connor with her classic book of short stories, A Good Man is Hard to Find.
Of course there are many, many books by men that ‘should’ be read, but Esquire's extant rosters of must-read classics is quite good.
And although I thought I’d read a lot more, being a bit of a book worm, I counted that I had read only 22: Call of the Wild by Jack London; One Flew Over the Cuckoo’s Nest by Ken Kesey; For Whom the Bell Tolls by Ernest Hemingway; The Grapes of Wrath by John Steinback; Heart of Darkness by Joseph Conrad; Hell’s Angels by Hunter S Thompson; The Adventure of Huckleberry Finn by Mark Twain; Invisible Man by Ralph Ellison; Legends of the Fall by Jim Harrison; Lolita by Vladimir Nabokov; Lucky Jim by Kingsley Amis; Midnight’s Children by Salman Rushdie; Moby Dick by Herman Melville; The Postman Always Rings Twice by James M Cain; The Power and The Glory by Graham Greene; Sophie’s Choice by William Styron; The Spy Who Came In From The Cold by John LeCarre; The Shining by Stephen King; Tropic of Cancer by Henry Miller; War and Peace by Leo Tolstoy; Right Stuff by Tom Wolfe; and Dispatches by Michael Herr.

Esquire list:
The Adventures of Augie March, by Saul Bellow; The Adventures of Huckleberry Finn, by Mark Twain; Affliction, by Russell Banks; All the King’s Men, by Robert Penn Warren; American Pastoral, by Philip Roth; American Tabloid, by James Ellroy;
Angle of Repose, by Wallace Stegner; As I Lay Dying: The Corrected Text, by William Faulkner; The Autobiography of Malcolm X; Blood Meridian, Or, the Evening Redness in the West, by Cormac McCarthy; The Brothers Karamazov: A Novel in Four Parts With Epilogue, by Fyodor Dostoyevsky; The Call of the Wild, White Fang, & To Build a Fire, by Jack London,; Civilwarland in Bad Decline: Stories and a Novella, by George Saunders; A Confederacy of Dunces, by John Kennedy Toole; The Continental Op, by Dashiell Hammett; The Crack-Up, by F. Scott Fitzgerald; Deliverance, by James Dickey; Dharma Bums, by Jack Kerouac; Dispatches, by Michael Herr; Dog Soldiers, Robert Stone; Dubliners, by James Joyce; A Fan’s Notes: A Fictional Memoir, by Frederick Exley; For Whom the Bell Tolls, by Ernest Hemingway; Going Native, by Stephen Wright; A Good Man Is Hard to Find and Other Stories, by Flannery O'Connor; The Good War: An Oral History of World War II, by Studs Terkel; The Grapes of Wrath: John Steinbeck; Centennial Edition (1902-2002), by John Steinbeck; Heart of Darkness, by Joseph Conrad; Hell’s Angels: A Strange and Terrible Saga, by Hunter S. Thompson; Invisible Man, by Ralph Ellison; The Killer Angels, by Michael Shaara; The Known World, by Edward P. Jones; Labyrinths: Selected Stories & Other Writings, by Jorge Luis Borges; Legends of the Fall, Jim Harrison; Let Us Now Praise Famous Men: Three Tenant Families, by James Agee; Lolita, by Vladimir Nabokov; Lonesome Dove, by Larry McMurtry; Lucky Jim, Kingsley Amis,; Master and Commander, by Patrick O'Brian; Midnight’s Children, by Salman Rushdie; Moby Dick, by Herman Melville; The Naked and the Dead, Norman Mailer,; Native Son, by Richard Wright; One Flew over the Cuckoo’s Nest, by Ken Kesey,; Plainsong, by Kent Haruf; The Postman Always Rings Twice, James M. Cain; The Power and the Glory, by Graham Greene; The Professional, by W. C. Heinz; Rabbit Run, by John Updike; Revolutionary Road, Richard Yates; The Right Stuff, by Tom Wolfe; A Sense of Where You Are: A Profile of William Warren Bradley, by John McPhee; The Shining, by Stephen King; Slaughterhouse-five, by Kurt Vonnegut; So Long, See You Tomorrow, William Maxwell; Sophie’s Choice, by William Styron; A Sport And a Pastime, James Salter; The Sportswriter, by Richard Ford; The Spy Who Came in from the Cold, by John Le Carré; The Stories of John Cheever, by John Cheever; The Things They Carried: A Work of Fiction, Tim O'Brien; This Boy’s Life: A Memoir, by Tobias Wolff; Time’s Arrow: Or the Nature of the Offense, by Martin Amis; Tropic of Cancer, by Henry Miller; Under the Volcano, Malcolm Lowry; Underworld, by Don DeLillo; War And Peace, by Leo Tolstoy; What It Takes: The Way to the White House, by Richard Ben Cramer; What We Talk About When We Talk About Love: Stories, by Raymond Carver; The Wind-Up Bird Chronicle, by Haruki Murakami; Winesburg, Ohio, by Sherwood Anderson; Winter’s Bone: A Novel, Daniel Woodrell; Winter’s Tale, by Mark Helprin,; Women, by Charles Bukowski.
Posted by Malum Nalu at 9/23/2008 05:09:00 PM

Email ThisBlogThis!Share to TwitterShare to FacebookShare to Pinterest
Labels: 75 Books Every Man Should Read