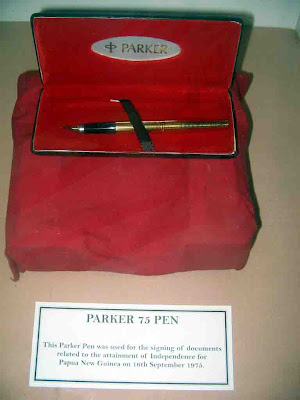 The Parker pen used to sign the Declaration of Independence 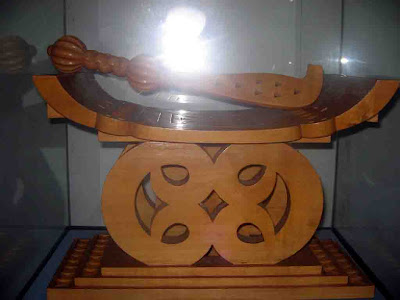 Chieftain's stool and the state sword of Ghana 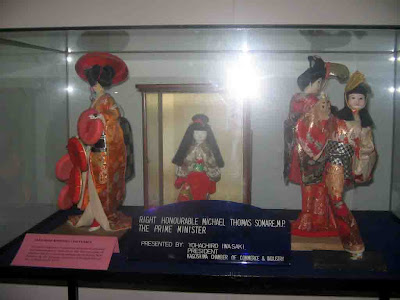 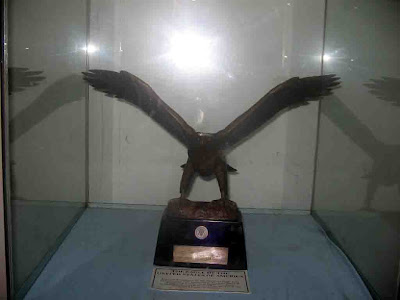 Eagle of the USA 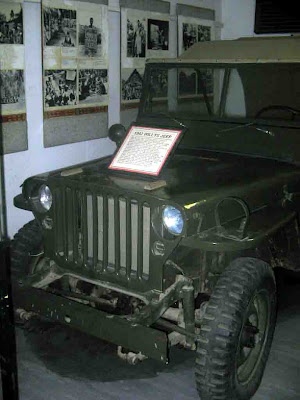 Restored Willys Jeep
Thirty three ago last year, on September 16, 1975, Papua New Guinea gained its independence from Australia.
Festivities started at midnight with the declaration of independence by Governor-General Sir John Guise, which was broadcast live throughout the world’s newest nation state by the National Broadcasting Commission.
Fireworks and gun salutes reverberated throughout the land to herald a new day, a new era and a new nation state.
On the morning of the first day of Independence for Papua New Guinea, flag raising ceremonies took place throughout the nation.
The ceremony in Port Moresby was conducted at Independence Hill overlooking the main city centre.
Prince Charles later officially opened the First National Parliament of Papua New Guinea.
The action moved back to the Hubert Murray Stadium where a crowd of 14,000 witnessed a long and colourful ceremony during which the country’s political and legal leaders pledged their allegiance and loyalty to the Independent State of Papua New Guinea,
Cultural aides from Sogeri Senior High School represented Papua New Guinea in a ceremonial gift exchange with representatives of many nations, international organisations and the United Nations.
Messages from many lands expressed goodwill towards, and recognition of, the new nation of Papua New Guinea.
Many of those official presents Papua New Guinea received on September 16, 1975, plus the original Parker fountain pen used to sign the instruments of independence, are stored in the Modern History Department of PNG’s National Museum, along Aniua Street, off Waigani Drive in Port Moresby.
There’s a chieftain’s stool and state sword from Ghana, a samurai sword from Japan, a United States eagle, sea shells from the Philippines, a sailing vessel from Bangladesh, two cigar boxes from Russia, a Fijian war club and kava bowl, a gavel carved from ebony from Sri Lanka, a sword from Indonesia, a plate from the Netherlands, a Bible from the Anglican Church of Australia, and some others.
It goes without saying that a more modest repository for a nation’s modern treasures couldn’t be found.
It is a surprise to find such a collection of mementoes tucked away is such a setting – which looks like a scrap metal yard – off Aniua Street.
Hardly anyone visits the place, and this is confirmed by the number of signatures in the visitors’ book.
More Papua New Guineans should be taking an interest in its history.
There are other modern items kept out of sight from visitors.
One is the Daimler Saloon Sovereign official car first used by Prime Minister Sir Michael Somare from 1975 to 1980.
Two other limousines, used to convey the country’s first governors-general, are also hidden in the dark of a small garage at the end of the main building.
War buffs will not be disappointed to browse through the National Museum’s Modern History Department, although it’s sad that many of the war relics couldn’t be put together, under shelter, with a word or two about their illustrious history.
These include a classic Ford Trimotor at the back of the yard, which was used during the Kokoda campaign.
It crashed while evacuating the wounded and was recovered by the Royal Australian Air Force in the late 1970s.
Nearby are the skeletal remains of a P39 Lightning fighter, also of World War 11 vintage.
The remains of two jeeps rest in the yard with aircraft wrecks.
In the front yard lies the fuselage of a small two-engine passenger plane, the shattered hulk of a small war tank and a WW11 American army truck.
The American Sturt Tank took part in the action by the Australian 18th Brigade against the Japanese during the battle for Buna in December 1942.
It formed part of a squadron of tanks of the 2/6th Australian Armoured Regiment from New South Wales, having been landed at Oro Bay.
For more than 30 years, this tank lay in the bush on Girona Plantation, less than two miles from Buna, at the very spot where it had been put out of action during the battle.
It was brought to Port Moresby in 1973 courtesy of the Australian Army.
Two other Sturt tanks were recovered from the same area.
One was taken to the USA together with the Japanese gun which knocked it out and the other to the Canberra National War Museum.
Other bits and pieces of war are on offer at the National Museum’s Modern History Department.
One of the most eye-catching is a WW11 classic, a restored 1942 Willys Jeep, which was used in every theatre of war.
A transmitter used by the Coastwatchers is displayed alongside a Japanese telephone switchboard found at Buna in 1943.
The walls are covered with paintings of war campaigns as well as large black and white photographs.
There are Japanese helmets, 60-year-old Coke bottles, machine gun parts, and numerous other paraphernalia in the dark storerooms.
One of the oldest items is a canon belonging to the famous Queen Emma, which was brought to New Britain by French colonists in the 1880s, and kept at her Rabaul mansion.
More Papua New Guineans should be taking an interest in our genuine but forgotten independence and WW11 treasures.
After all, a country with no past simply has no future.

The Modern History Department of the National Museum and Art Gallery is open to the public Mondays to Fridays from 9am to 3pm, and on Saturdays from 2pm to 5pm.
Posted by Malum Nalu at 9/23/2008 10:45:00 AM