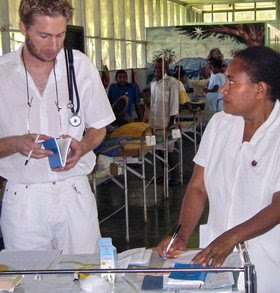 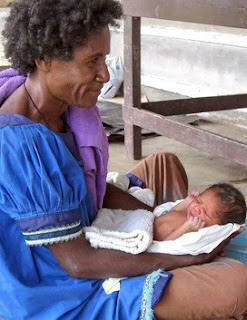 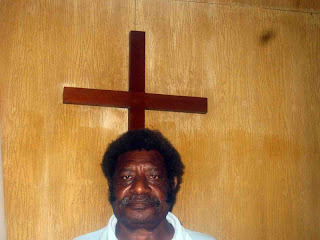 in Finschhafen, Morobe province, is a hive of activity every day as patients flock in from all over to seek the services of specialist missionary doctors.

These doctors, Lutheran volunteers from , pray over each patient before treating them and there is a huge success rate.

“We have a specialist surgeon, physician, gynaecologist and paeditrician at .

“That’s why it attracts patients from all over the country.

“We have very good facilities, including up-to-date operating facilities.

“We have very hardworking missionary doctors who are fully committed to their jobs.”

The Evangelical Lutheran Church of PNG, apart from its core task of spreading the Word of God, is also involved in many development activities such as health.

It runs four hospitals around the country at Braun, Yagaum in Madang, Gaubin on in Madang and Etep at Wasu in Morobe province.

“Most of our hospitals are staffed by overseas doctors, mainly from ,” Mr Yapu explains.

“There is an organisation called South South Programme which also provides doctors.

“At the moment, we have two doctors in PNG under this programme, which is working very well.

“We have two Bavarian doctors at Gaubin, four at Braun and one at Etep.

“There are missionary doctors sent in for a four-year term.

“We have two local doctors, one at Yagaum and one at Etep.”

“Due to remoteness, this project was created so that we can have direct funding from our partners.

“This idea came from and .

“ELCPNG is a major contributor in funding.”

The ELCPNG also runs three health schools, the nursing school in Madang which is now affiliated with , and community health workers’ schools at Gaubin and Braun.

“We have about 250 or more casual workers, depending on areas where they work.

“Staffing would be about 50 for the three schools.

“At the Ialibu synod in 1988, it was agreed that the Lutheran Health Services must become a department of its own,” Mr Yapu recalls.

“At that time, we had two hospitals: in Finschhafen and in Madang.

“In 2000, in Wasu, Kabwum district (Morobe province) was created.

“I don’t have exact figures for the number of patients for the whole country, but Braun alone treats over 10,000 patients a year.

“In the administration structure of the department, we have the national secretary, and then we have regional secretaries.

“We have a senior management team which meets every year to advise the Lutheran health services board.

“Lutheran health services board endorses what projects and programmes and it goes to the church council for endorsement and implementation.

“Lutheran health services comes under the churches medical council like other churches.

“From churches medical council, the funding goes straight to the regional offices.

“It covers infrastructure, health programmes and salaries of the workers.

“In one year, funding for the three regions goes up to K6 million.

“ELCPNG is the main source of funding.

“Donations also come in from believers.

“In Morobe, we get a lot of assistance from the Morobe provincial government.

“Recently, we started receiving funding from MPs for health facilities in their electorates.”