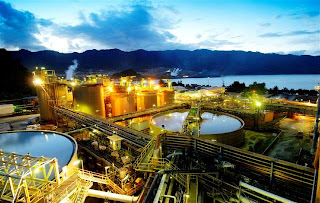 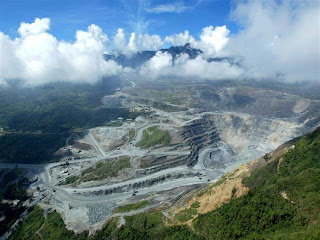 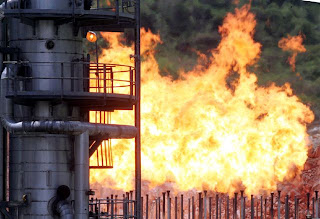 Nearly all sectors of the economy from building-construction, mining and petroleum, agriculture, fisheries, forestry, both formal and informal sectors have experienced increased activity.
This has had a flow-on effect that has trickled on to other sectors like wholesale, retail, the hotel industry, housing and land.
Business performance would have been more if it had not been for the world financial crisis in the latter half of the year that has resulted in many major economies now facing recession and world commodity prices fall with declining demand.
But yet PNG has managed to enter the FEED stage in the nation’s undertaking of its most ambitious and biggest investment project ever –the US$10 billion PNG Liquefied Natural Gas (LNG) Project.
The LNG Project has placed PNG on the world map and has captured the attention of the world’s leading mining and petroleum companies and large financial and banking organisations.
There were comments made during the recent 10th PNG Mining and Petroleum Investment Conference in Sydney, Australia that amid the world crisis PNG is one of the few shining lights in the world.
Interest in PNG’s mining and petroleum sector was evident in the record 800-plus participants at the conference where
Minister for State Enterprises Arthur Somare said the PNG LNG Project had the potential to positively change the nation’s economy and improve the living standards of its six million people.
At its peak the project will generate revenue between US$600-800 million annually. Many speakers during the Sydney conference including PNG LNG Venture Manager Peter Graham all echoed similar sentiments.
Recently Nippon Oil Exploration (NOEX) of Japan through its affiliate Merlin Petroleum Company acquired AGL’s gas assets in PNG for US$800 million.
Being one of the joint –venture partners this has cemented confidence in the progress of PNG LNG Project.
The acquisition sees Nippon improve its stake in the project from 1.7% to 5.3%.
The formal announcement of the acquisition by AGL earlier this month was described by Government ministers and Joint Venture partners as a ‘win-win’ situation for everyone. That confirmed the widely-held view of the high-level of certainty that the PNG LNG project will proceed.
President of NOEX Makoto Koseki expressed hope that the firm can further contribute to PNG’s economic development through the acquisition through its expertise and role in two other LNG Projects in South East Asia.
“The deal imposes viability and sends a strong message of confidence in the project,” he said.
This is all amid uncertainty with the world’s financial and commodity markets.
The issue of concern is transparency and accountability and having the right policies in place.
The Government needs to explain to the people how they will benefit.
One of the few remaining major hurdles of the project is the Benefit Sharing Agreement which is planned for March 2009.
This will see the Government, developers and landowners agree on the benefits to landowners.
Landowners have expressed desire to have an increase in royalty considering that the project will impact about 100, 000 landowners.
Record world commodity prices and good economic performance last year, windfall revenues that were rightly placed in trust accounts and the fact that our financial sector is insulated from the direct effects of the global financial market turmoil saw PNG less affected by the crisis.
According to Bank of PNG Governor Wilson Kamit this is because banks are funded primarily by domestic deposits and along with financial institutions do not have large exposures to external investments.
But the effects are starting to be felt with the latest victim being Nautilus PNG announcing less than a week ago that it would delay its seafloor mining venture in PNG and cut staff by 30% until the global economy stabilises.
There are also unconfirmed rumors that a major logging firm has sent staff home on three-months of forced-leave due to a fall in demand for its log exports in the region.
There are many mines in construction phase including the multi-billion Ramu Nickel mine while the Hidden Valley mine in Morobe province is scheduled to be in operation next year.
With the arrival of competition both Air Niugini and B-Mobile have improved performance as customers enjoy cheaper rates.
Despite a good performance the year was overshadowed by the world financial crisis and the unnecessary and brutal killing of pioneer PNG businessman and philanthropist Sir George Constantinou.
The World Bank, The Asian Development Bank and the Institute of National Affairs all cited the need for better regulations.
They raised concern on political uncertainty despite the current stability, law and order, instability in laws and regulations, corruption and poor infrastructure and public services.
Recommendations have been made to promote public-private partnerships, simplifying the system of licenses, taxes and regulations, promoting competition and the financial markets and formalising private and public sector consultation mechanisms.