"My Country" - a dedication to Australins for Australia Day 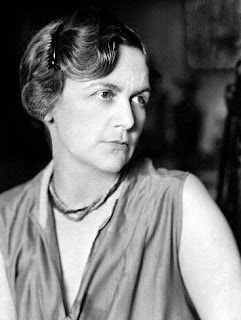 "My Country" is an iconic patriotic poem about Australia, written by Dorothea Mackellar (1885-1968) at the age of 22 while homesick in England.
After travelling through Europe extensively with her father during her teenage years she started writing the poem in London in 1904and re-wrote it several times before her return to Sydney.
The poem was first published in the London Spectator in 1908 under the title Core of My Heart. It was reprinted in many Australian newspapers, quickly becoming well known and establishing Mackellar as a poet.
Mackellar's family owned substantial properties in the Gunnedah district of New South Wales and the inspiration for her poems undoubtedly came from the time she spent on the rural properties as a child.
My Country uses metaphorical imagery to describe the land after the breaking of a long drought. Of ragged mountain ranges possibly refer to the Mount Royal Ranges, and the Barrington Tops.
The first stanza refers to England, and the fact that the vast majority of Australians of that era were of British birth or ancestry.
Most Australians are generally not aware of this first stanza even though the second stanza is amongst the most well-known pieces of Australian poetry.
MacKellar's first anthology of poems, The Closed Door, published in Australian in 1911 included the poem.
Her second anthology, The Witch Maid & Other Verses, published in 1914 included the original version as shown below.

The love of field and coppice
Of green and shaded lanes,
Of ordered woods and gardens
Is running in your veins.
Strong love of grey-blue distance,
Brown streams and soft, dim skies
I know, but cannot share it,
My love is otherwise.

I love a sunburnt country,
A land of sweeping plains,
Of ragged mountain ranges,
Of drought and flooding rains.
I love her far horizons,
I love her jewel-sea,
Her beauty and her terror
The wide brown land for me!

The stark white ring-barked forests,
All tragic to the moon,
The sapphire-misted mountains,
The hot gold hush of noon,
Green tangle of the brushes
Where lithe lianas coil,
And orchids deck the tree-tops,
And ferns the warm dark soil.

Core of my heart, my country!
Her pitiless blue sky,
When, sick at heart, around us
We see the cattle die
But then the grey clouds gather,
And we can bless again
The drumming of an army,
The steady soaking rain.

Core of my heart, my country!
Land of the rainbow gold,
For flood and fire and famine
She pays us back threefold.
Over the thirsty paddocks,
Watch, after many days,
The filmy veil of greenness
That thickens as we gaze…

An opal-hearted country,
A wilful, lavish land
All you who have not loved her,
You will not understand
though Earth holds many splendours,
Wherever I may die,
I know to what brown country
My homing thoughts will fly.
Posted by Malum Nalu at 1/25/2009 12:00:00 AM

Email ThisBlogThis!Share to TwitterShare to FacebookShare to Pinterest
Labels: dorothea mackellar, my country