Eastern Highlands vegetable farmers get a new depot, thanks to New Zealand 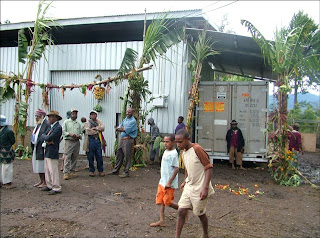 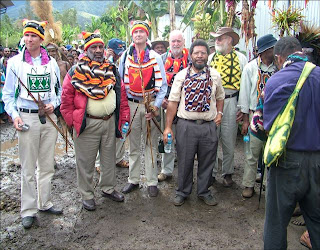 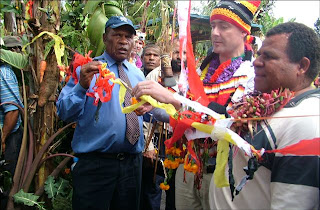 RURAL vegetable farmers in the Mando area of province no longer have to worry about the difficulties of getting their fresh produce to market.
They now have a new fresh food marketing depot in the village at which they can easily sell their produce.
Nomari fresh food marketing depot came about with the assistance of the Fresh Produce Development Agency (FPDA).
FPDA is a government-funded agency responsible for developing a commercially-orientated supply chain of fresh food, and mandated to improve the performance of the fruit and vegetable industry by providing expert assistance in the area of training, research and information.
“It’s a dream come true and something that we have waited for a long time,” said farmer Veronica Wasari.
“My problems are now over.
“I don’t have to worry anymore about the hardships I face in finding transport to take my fresh produce into Goroka town markets.
“I can sell them right here in my village.”
The depot was officially opened by the Deputy High Commissioner Alistair Crozier.
He was accompanied by Therron McIvor, a representative from the Foreign Affairs Pacific Division of the New Zealand (NZ) High Commission.
Mr Crozier his government over the last few years had been assisting PNG in terms of funding such projects to develop its fresh produce industry.
He said so far has supported about 200 PNG students to undertake studies in various disciplines in different educational institutions.
“We want to help the people of , however, you have to be committed in what you are doing before we can be able to assist you,” Mr Crozier said.
“The aid is like a seed planted in the ground and it is up to you to look after it and make it grow and bear fruit.”
Outgoing FPDA general manager Ambassador Aiwa Olmi challenged the people to allocate land if they wanted to see development in their province.
He said FPDA had been trying to set up a permanent headquarter in Goroka but was unable to do so because there was no available land.
In 2007, the Nomari fresh food marketing depot started with a handful of youths, led by now chairman of the depot Rocky Aimo, with the idea of keeping the youths away from illegal activities and get them in living meaningful lives.
With support from FPDA, in terms of providing training on farming techniques, helping them to source markets and later guiding them to secure a funding of K47, 000 from NZ Aid, the group was able to construct the depot.
Mr Aimo first started off as a village extension worker attached to FPDA.
He said the depot would serve as a fresh produce chilling and storage facility.
Mr Aimo said so far the depot had shipped over 200 tonnes of fresh vegetables.
From the money raised, the depot was able to buy a new truck to transport fresh produce to Lae to be shipped to South Seas Tuna in Wewak.