The 'wows' of unforgettable Wau 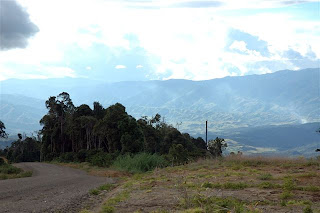 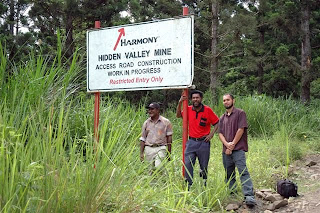 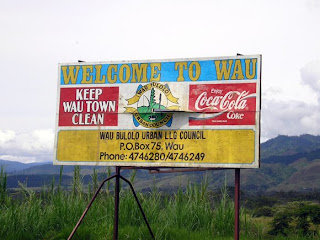 In July 2003, I became arguably the first journalist ever to walk the old Black Cat Trail between Salamaua and Wau, , which makes the Kokoda Trail seem like a Sunday arvo stroll in the park.

This is because it is not an established trail like Kokoda, on which hundreds of trekkers regularly tread, but a forgotten gold rush and World War 11 course that passes through some of the toughest and most-hazardous terrain in the world.

Leech and snake-infested jungle, moss -covered rocks and fallen tree stumps, precarious cliff crossings, and numerous river crossings make the Black Cat one of the toughest tracks in PNG and the world.

It is recommended only for the very-fit and experienced trekker.

Some Australian soldiers have described the Black Cat as the hardest walk they’d ever done.

The Lonely Planet guidebook quotes a local expat as saying the Black cat is “suitable only for masochists and Israeli paratroopers”.

After five days of torture through leech-infested country, slippery logs and rocks, as well as numerous other obstacles straight out of a commando-training manual, we descended into kunai country and were rewarded with our first glimpse of Wau.

“Wau! Wow!” went through my mind as I glimpsed down on this famous gold mining township.

I wrote articles for local and international newspapers, magazines and websites – being then employed by the PNG Tourism Promotion Authority - and it has been greatly because of this exposure that the Black Cat has developed into a tourism icon over the last five years.

To this day I still dream of conquering another WW11 icon, the Bulldog Trail, which stretches between Wau and the Gulf province.

Last year, I again visited Wau and Bulolo, and certainly could feel the song in the air as we drove up the scenic from Lae.

There was a feeling of excitement and optimism akin to the historical gold mining days of the 1920’s and 1930’s.

The discovery of gold at Edie Creek above Wau in 1926 sparked off a gold rush of massive proportions which led to the exploitation of the rich deposits of the Bulolo-Watut river system by large-scale mechanised mining.

The Bulolo region was at the time one of the largest gold fields in the world.

near the border of Central and Gulf provinces has become a hive of activity as Morobe Mining Joint Ventures work on a renaissance project.

Evening over the Bulolo and Watut valleys as we drive back is a sight to behold as we watch the panorama unfold.

And I couldn’t agree more!

Last Saturday, whilst in the office, my colleague and Wau-Bulolo veteran Yehiura Hriewazi told me that trouble had erupted in Wau.

The news broke my heart as places like Wau, neighbouring Bulolo, Watut, Aseki and Menyamya are very special to me.

Violence erupted in Wau last Friday and Saturday, leaving two people dead, several injured, houses and property destroyed, and forcing the temporary shutdown of the gold mine and the evacuation of employees.

The incident comes just before is to pour its first gold and could have severe repercussions for on the international mining scene.

A long-standing land dispute between Biangai and Watut tribes over ownership of the 2076 hectare between Wau and Bulolo came to a head as the Watuts gathered in Wau in their hundreds and staged attacks on the Biangai villages.

The news sent shockwaves through Morobe province, , and the world, as so many expatriates worked or were born and raised in Wau.

Among these was Jamon Alex Halvaksz, assistant professor of anthropology at the of in .

He emailed me telling me of how distressed he was at the goings in Wau, as while in PNG, he had spent almost all his time in the Biangai villages of Elauru and Winima doing his research paper.

It is a fascinating paper which touches on many things, including the infamous ‘Kaisenik Killings’ of 1926-1927, and could I not sleep for want of reading it on Monday night.

Widely reported and a common feature in miners’ monologues, the ‘Kaisenik Killings’ remain a significant event for contemporary figures in and around Wau and feature centrally in discussions with Biangai about the arrivals of whites.

It was quite ironic, and a frightening sense of déjà vu, that Kaisenik was burned to the ground by rampaging Watut tribesmen last Saturday.

“The history of Wau township in Morobe province, , is intimately linked with the development of gold mining throughout the region,” Prof Halvaksz writes in the abstract of his paper.

“The site of a series of gold rushes in the 1920s, Wau emerged as an early administrative outpost, a town complete with all the trappings of frontier Australian communities.

“In recent years, Wau has declined, and the Biangai communities reflect on this decline in ways that manipulate both the early colonial discourses and their own.

“In this paper I examine the gold rush, how early prospectors conceptualised the colonial project, and what Wau’s subsequent decline has meant to the Biangai who now pursue new mining opportunities.

“I trace these events and perspectives through historical and present-day discourses.”

Reading Prof Halvaksz’s paper gave me a whole new insight into the Biangai people and the history of Wau and the gold rush days.

He recommended quite a few papers about the Watut and Biangai by John Burton, who used to work for , including one available online - http://rspas.anu.edu.au/papers/rmap/Wpapers/rmap_wp01.pdf - in which he writes about Watut social organisation.

His last paragraph is most telling.

My prayer, after reading all these, was that peace could reign once more in Wau so that outsiders like me can take our families there to enjoy its unmatched beauty.