J-Mart Erima rises like a phoenix from the ashes 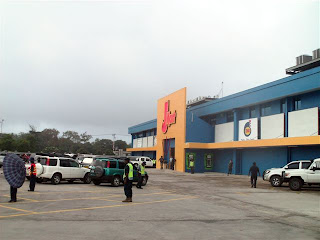 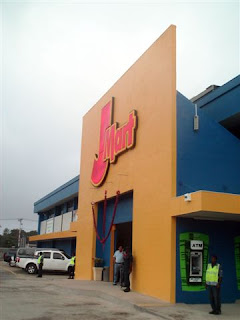 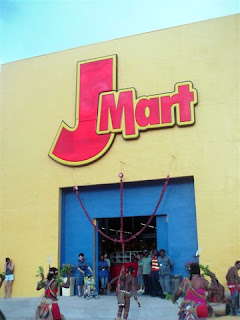 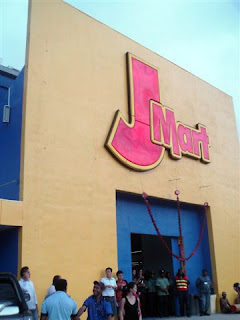 On Feb 11, 2007, the popular Stop N Shop supermarket at Erima in was burned to ashes in a fire started by an electrical fault.

It was a gloomy and depressing sight, especially for those driving past to nearby , and no-one expected anything to pop out of the charred debris.

But like the phoenix, the mythological bird that rose from the ashes, a magnificent new hypermarket has sprouted from the sad remains of Stop N Shop Erima.

The newest and most-mordern hypermarket in and , J-Mart Erima, was officially opened at a grand in-house party last Friday night and commenced operations the next day.

Comprising 2,500 square metres of “shopping heaven”, and just up the road from , the J-Mart adds to the massive building and property boom all over PNG and offers a variety one can find in any major international city.

The founder of J-Mart is Jason Tan, who is honoured with an MBE for services to the community, and is a well-respected businessman and citizen of PNG.

He was born and raised in and has devoted 30 years of his life in PNG.

Over the next 15 years, he successfully set up the TST chain of stores namely Tabari Haus, Okari Haus, Tan Trading, Starland, Hohola, Waigani and Malaoro supermarkets.

Jason Tan left the TST Group of Companies in 2005 to venture out into his own independent business.

On Feb 11, 2007, one of his investment properties, what was formerly know as Stop N Shop Erima, burned to ashes, however, with his determination and resolve as well as a cash injection from Bank South Pacific, he was able to rebuild the two-storey landmark now known as J-Mart Erima.

Jason Tan was ably supported by his eldest son Justin, who was raised in Rabaul in the 1980s, went on to Singapore and Australia for further studies, and returned to Port Moresby in 2002 to work for his father

With father’s many years of experience in running large-scale supermarkets and Justin’s fresh set of eyes for the retail industry, the first modern hypermarket in PNG is setting a new benchmark for the industry.