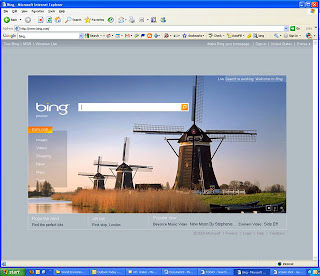 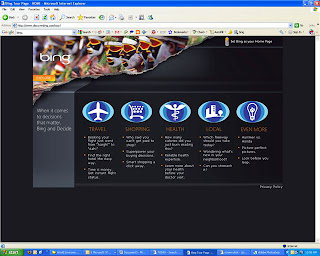 Captions: 1. Screenshot of the Bing homepage 2. Bing tour page with a banner image of Huli wigmen from the Southern Highlands of Papua New Guinea