Jiwaka province to be powered by coffee 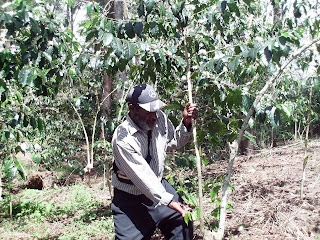 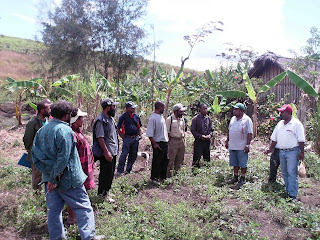 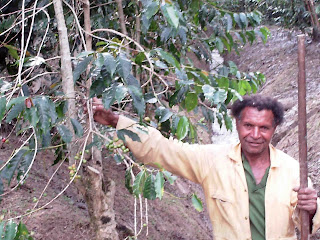 Agriculture and in particular coffee is set to boom in the newly-created Jiwaka province in 2012.
All this, however, will be at the expense of the rest of Western Highlands as Jiwaka – and in particular the great Wahgi valley – single-handedly produces the bulk of Papua New Guinea coffee, tea and fresh vegetables.
Jiwaka – short for Jimi, Wahgi and Kambia - agriculture and coffee leaders made this clear during a meeting at Purigona base camp in the Wahgi Valley to discuss the Coffee Industry Corporation’s ground-breaking District by District Coffee Rehabilitation Programme.
The three areas – which currently have the three electorates of Anglimp-South Wahgi, North Wahgi and Jimi – together have arguably the most fertile and productive agricultural land in PNG.
Such has been the interest in the rehabilitation programme - akin to the coffee rust days of the Coffee Development Agency in the mid to late 1980s – with already 5,000 farmers signing up to join and hundreds more lining up.
Coffee veteran, former CIC board member, agriculture lecturer and senior CIC extension manager James Koimo – now spearheading coffee and agriculture development in Jiwaka – said the future of the new province looked very bright with a very strong agricultural base.
“People (in Jiwaka) have got to realise that they depend on coffee for their economic independence, nothing else,” he affirmed.
“The coffee rehabilitation programme is very good.
“The project is timely with the establishment of Jiwaka province.
“Jiwaka will boom.
“And it will happen.
“We want to see the owner of the coffee trees go into grower groups and own processing facilities, own export facilities.
“We will completely cut out the middlemen.
“Currently, the people are 50/50.
“The knowledge gap is still there.
“The approach that CIC is taking is very good.
“In about 11/2 years, we will see the fruits of our labour.
“We want to form an interim administration for the new Jiwaka province.
“Next week, people will come to my village Nondugl, to discuss this.
“We will work closely with out politicians.
“We must make this project a success for other provinces to follow.
“Look at the success of the cherry ban.
“The timing is very right for this new province.
“Talk with your councilors.
“Councillors can pass resolutions and hand them on to the MP.
“In 18 months, come back and see how the project is going.
“People must go back to the land because times are tough.
“About 75% of Western Highlands coffee is from Jiwaka.
“We have been talking about Jiwaka province since 1971.
“It took us 38 years to get this province.”
Anglimp –South Wahgi rural development officer and Ngeneka tribe leader Pino Palme, who has been recruited as a service provider by CIC to train farmers, concurred with Mr Koimo.
“There are no major industries in Jiwaka like other provinces,” he said.
“We entirely depend on coffee.
“Our backbone will be coffee.
“We want at lest 25% of all Jiwaka funding to be allocated to coffee so that we can reap the benefits come 2012.
“I believe this District by District Rehabilitation Programme will be a major project which will impact on the lives of our people.
“When we become a separate province, we will be already financially independent.
“I want all Jiwaka people to be involved in this project.
“I see that coffee has more power.
“Jiwaka leaders should pour more money into CIC to help the people.
“They are talking about vegetables, but where’s the depot?
“So we should focus on coffee.”
Posted by Malum Nalu at 7/27/2009 08:54:00 PM